We reported back in May, TAG Heuer announced its global partnership with MARV films and 20th century Fox for the film ‘Kingsman: The Golden Circle’ and the watchmaker’s Connected Modular 45 smartwatch was chosen to play a pivotal role in the upcoming movie. Recently, a special edition of the smartwatch was unveiled in London by Jean-Claude Biver, CEO of TAG Heuer and President of the LVMH Group Watch Division. Starting from July 6th, the Kingsman Special Edition TAG Heuer Connected will be exclusively available for one month via Mr Porter, the award-winning global retail destination for men’s style. 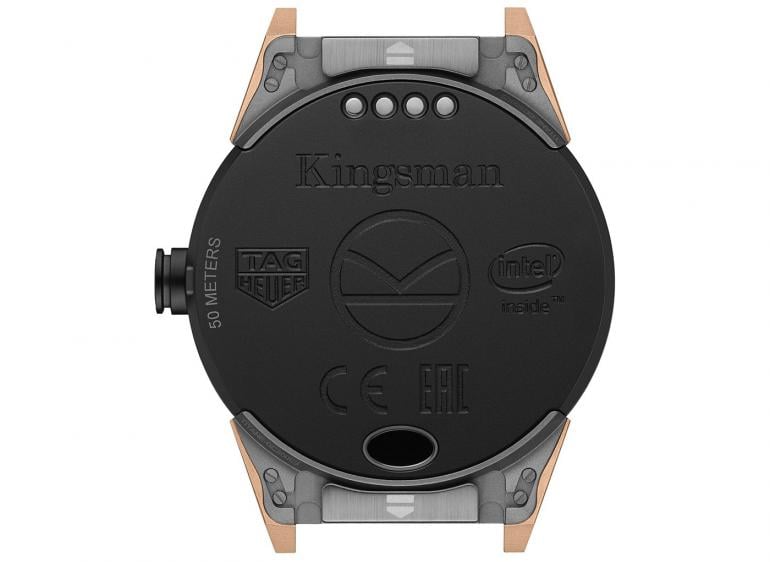 The Kingsman Special Edition Connected Modular 45 watch features the aesthetic adopted by the agents: pink gold lugs and an elegant leather strap with Kingsman print. It also comes with a second strap in orange velvet, inspired by the iconic orange velvet suit. The Kingsman-exclusive digital dial comes in both blue and grey with matching rose gold accents and the inverted “K” insignia. At 10:10, the dial vibrates for 10 seconds and the logo appears. The special edition watch is on sale online exclusively through Mr. Porter for a price of $3,650. 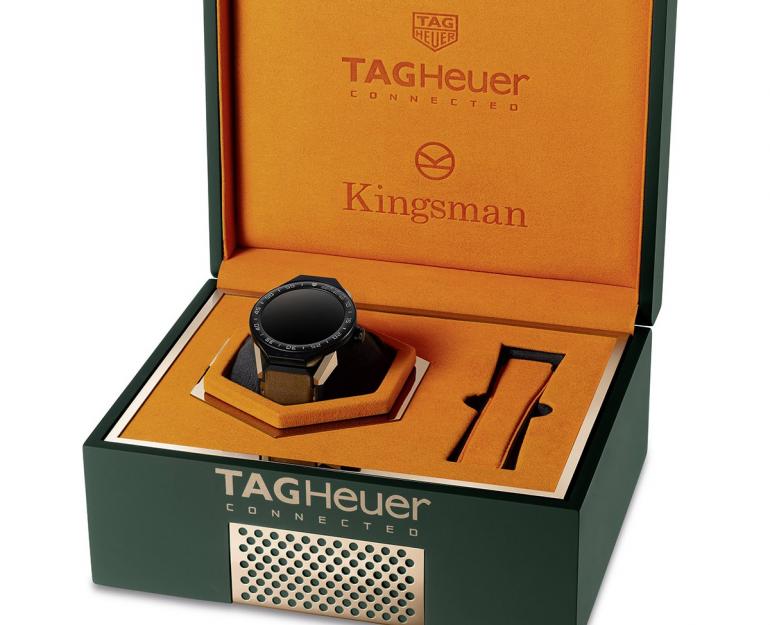