What if, I were to tell you that you could match your favorite Missoni to a fab Toyota Yaris Hybrid? You’d say I was lying, which would be correct. Still, the lie wouldn’t be all that far-fetched. Planting seeds of style in my print loving head is the Japanese automaker’s latest attempt. Toyota has teamed up with three indie-cool labels from Paris to produce snazzed up Yaris Hybrids. 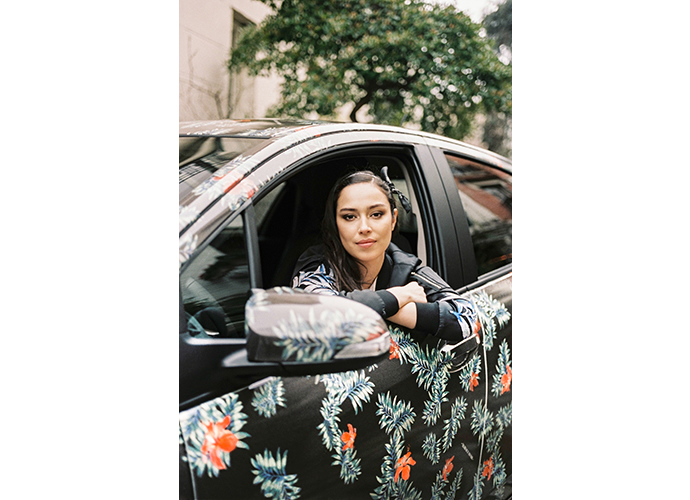 When I say ‘snazzed up’, I’m talking about three unique cars displaying bursts of prints. Each comes respectively decked in designs by Surface to Air, Calla and Cacharel. The former’s floral inspired ride can be seen doing dark glamor above, much like the minimal-chic garment modeled within. 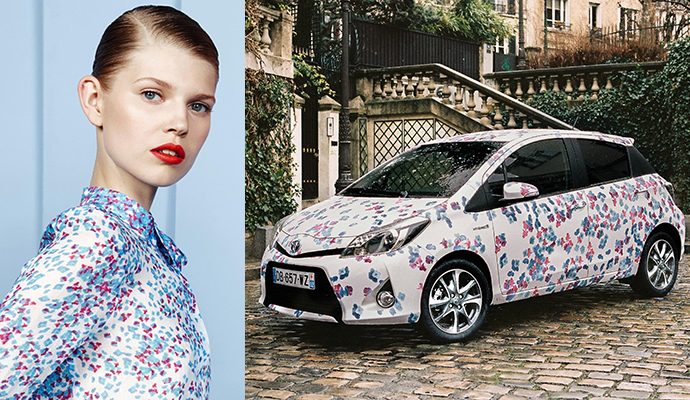 I’m especially loving the shirt as well as car-Cacharel, while Calla’s pattern finds its place on another flamboyant fashion-auto hybrid. These designs from their spring ’14 collections will now not only appear on Paris Fashion Week ramps, the cars will be on display at Capsule during the much sought-after event. 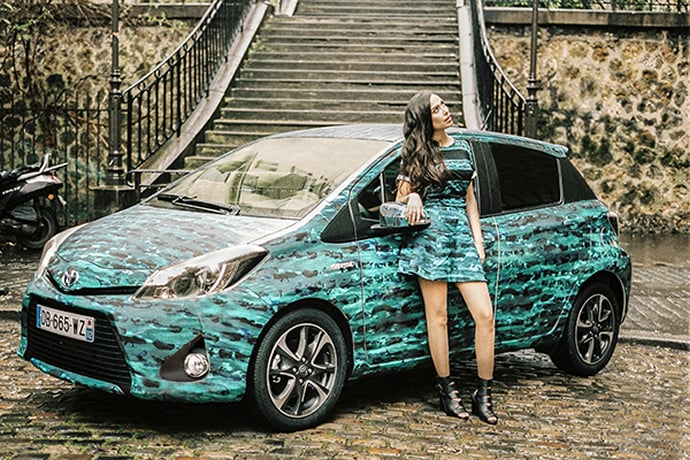 Tags from the story
Toyota