What happens when you put a massive curved UHD TV on a perfectly crafted pedestal? It looks even sexier than before! In fact, you won’t find a better-looking TV at the Consumer Electronics Show in Las Vegas than Samsung’s S9W Curved TV. The massive curved screen sits atop a minimalist cubical pedestal and is the result of a partnership between the South Korean electronics giant and San Francisco based industrial designer Yves Béhar. Béhar, founder of design studio Fuseproject, revealed what he called “the next generation of TV” at Samsung’s press conference at CES 2015 yesterday. Over the years, I’ve closely watched the evolution of Samsung’s TVs,” said Behar during the presentation of the Korean brand’s SUHD televisions, which are designed to produce a higher picture quality and more colors than current liquid crystal display (LCD) models. 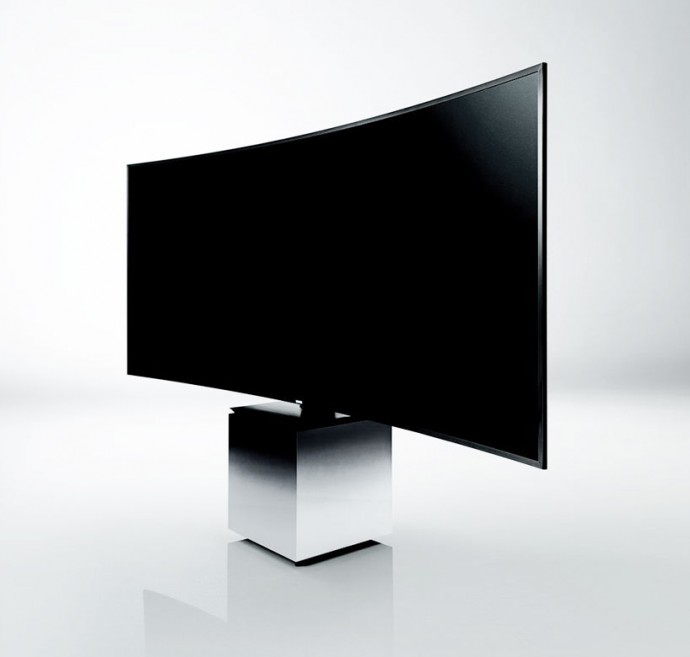 The Samsung S9W Curved TV measures 82-inch and the plinth-like cube pedestal emphasize its three-dimensionality giving it an appearance of a sculpture. The cube doubles as a pedestal and housing for hardware and speakers and when turned on, the cube lights up and lift its top, revealing the sound system. “We have admired paintings displayed on walls for centuries, but an image on a curve instantly becomes a sculpture,” said Béhar in a statement, “We truly looked at this television not as a consumer electronics product but as a piece of fine craftsmanship.” Though the availability date and price for this TV is yet to be announced, we don’t expect it to be cheap.