From the Forbidden city located in the center of Beijing to the countryside of the southwest, commercial heart in Shanghai to Hong Kong’s expansive skyline, developers and international corporate investors seem to be scoffing to China as it gets richer as the rest of the Asia Pacific countries. Imperial palaces, temples, manicured tea plantations, waterfalls, architecture of the colonial era are the backdrop when visiting Great Wall, Great Canal or any other tourist place that the country boasts off. China’s prosperity has attracted a clutch of hotels to debut in the country.

Here are 5 most anticipated hotels due to open in China: 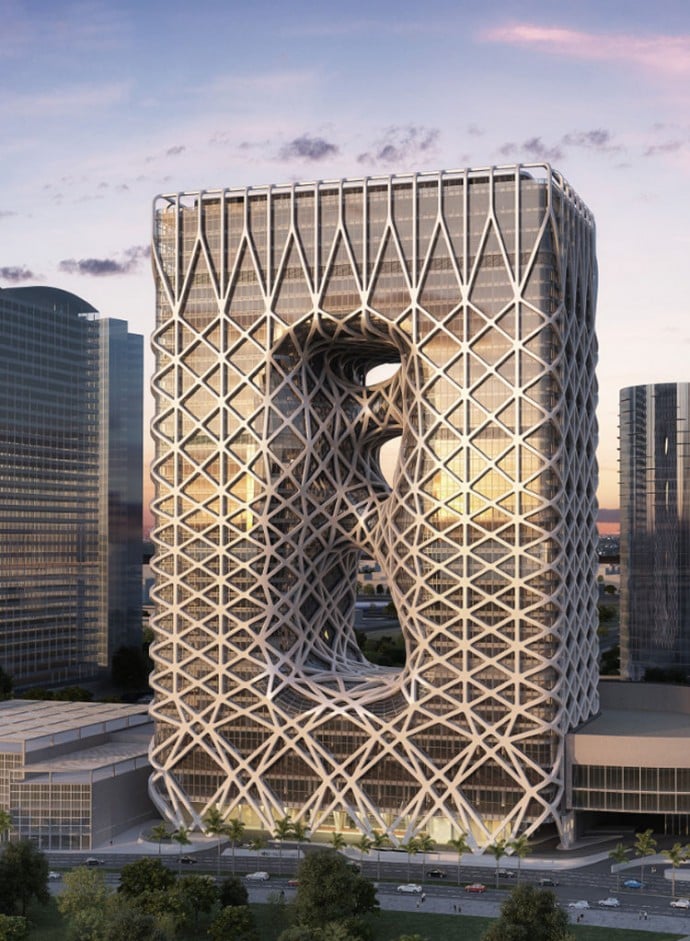 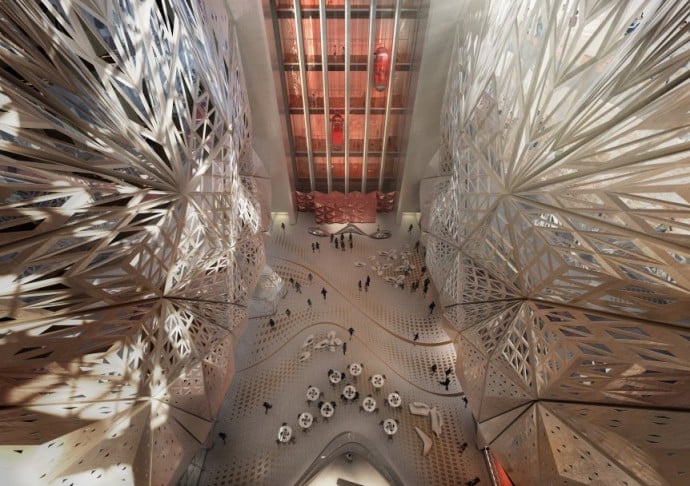 The rectangular outline of the site is extruded as a monolithic block with a series of voids which carve through the its centre of the tower, merging traditional architectural elements of roof, wall and ceiling to create a sculptural form that defines many of the hotel’s internal public spaces. 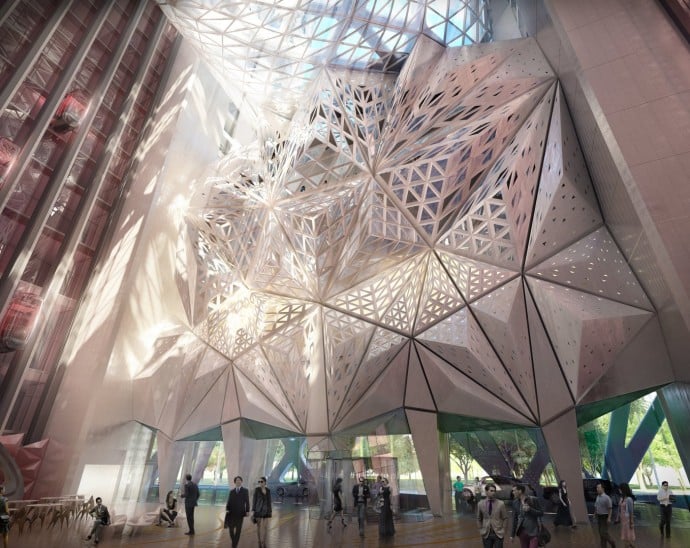 The project is expected to open in early 2017. 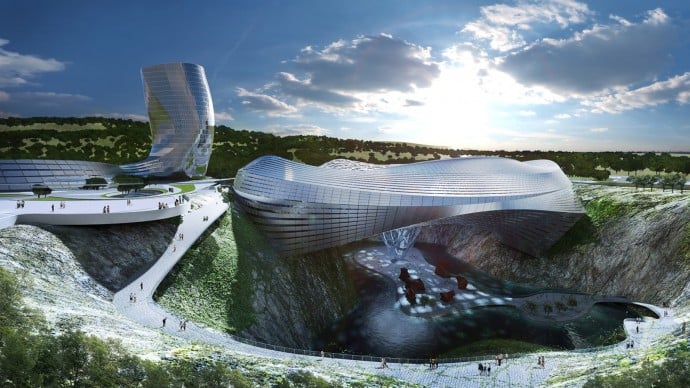 The forthcoming Dawang Mountain Resort Deep Pit Ice and Snow World near the city of Changsha. The project combines an Entertainment Ice World with an Indoor Ski Slope, a Water Park and supporting restaurant and shopping facilities with a total gross floor area of 120,000m. 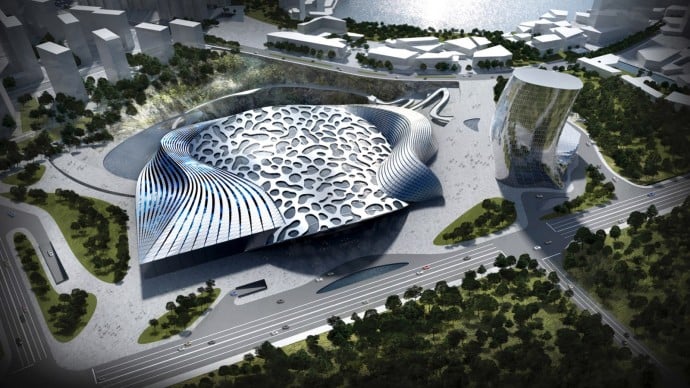 In the design solution towards the South and East, the existing quarry pit is revealed and the sculpted shell of the Snow and Ice World spans 170 meters from cliff to cliff over a sunken and hanging garden creating a new functional leisure space of islands, water, cliffside pathways and ramps connecting the building to this natural heritage. 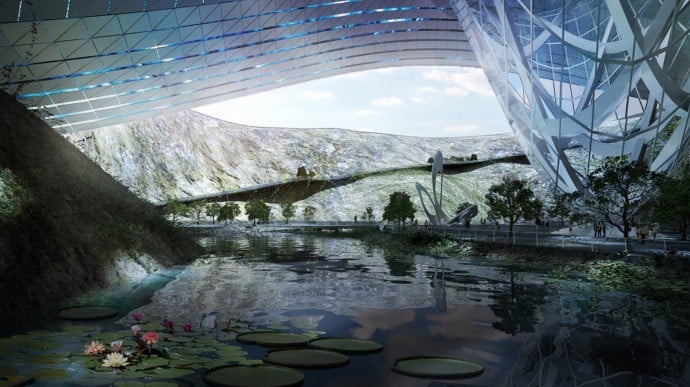 A cantilevered outdoor swimming pool is part of the Water Park attractions and creates a 60m high waterfall into the quarry pit. From the inside the leisure functions of the Snow and Ice World engage the space of the quarry pit with views through large glass façades to the natural cliff faces and hanging gardens, also with overviews to the water pools and islands below. At the same time visitors walking or standing on the Cliffside Pathways can also look into the building through the transparent façade; hence an interactive visual contact with the interior of the Snow and Ice World is created establishing more excitement and maximizing the existing value of the industrial heritage.

It offers 270 high-class single and double bed suites, 60 Executive Suites with an Executive Club Lounge and a 6-room Presidential Suite, all with impressive views to Tongxi Lake, Dawang Mountain and into the Ice and Snow World. 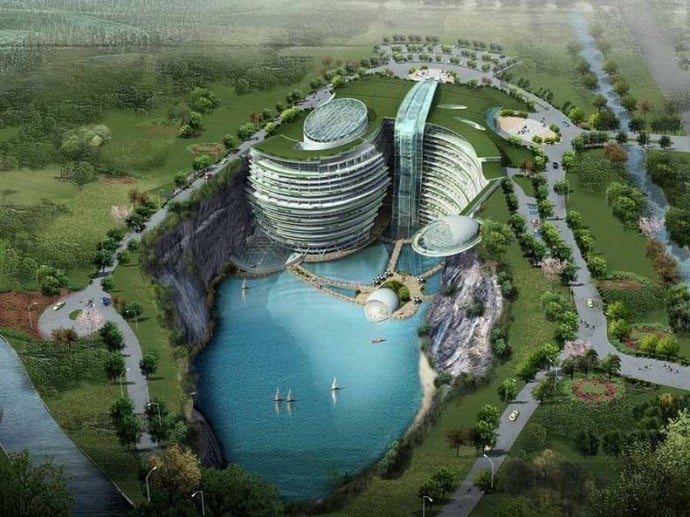 Designed by UK architecture firm Atkins, a huge waterfall will pour down from the roof of the 19-storey hotel. The stunning concept design inspired by the natural water and landscape stands two levels higher than the rock face of the 100 metre deep quarry and includes underwater public areas and guestrooms. An aquatic theme runs through the design both visually and functionally. 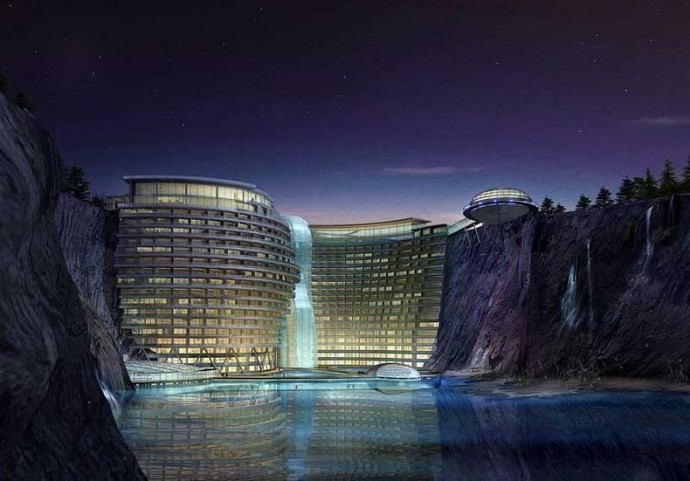 Two underwater levels will house a restaurant and guestrooms facing a ten-metre deep aquarium. An extreme sports centre for activities such as rock climbing and bungee jumping will be cantilevered over the quarry and accessed by special lifts from the water level of the hotel. 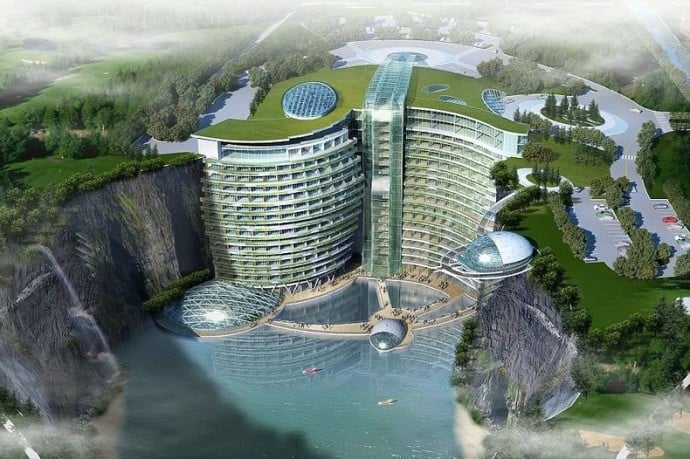 The Songjiang Hotel is likely to open in 2015. 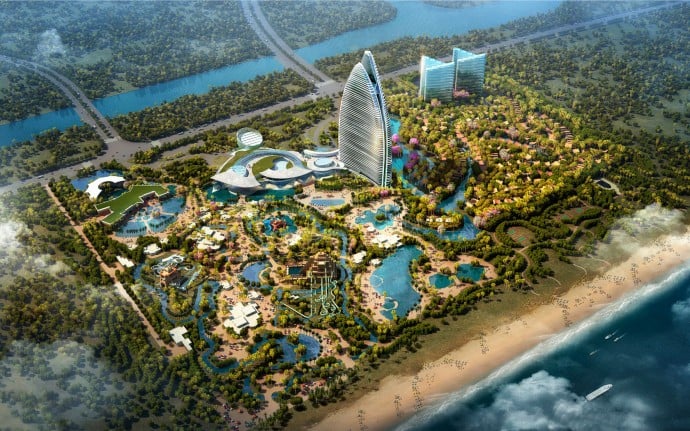 The architectural design of Atlantis Sanya re-interprets the myth of Atlantis on Hainan Island. The resort is along the Haitang Bay National Coast, overlooking the South China Sea. The design for Atlantis Sanya has been inspired by the local culture as well as the Atlantis brand hallmarks of ocean and marine life. The curvilinear design of the two giant steel fins creates a beacon that appears to emerge from the horizon. 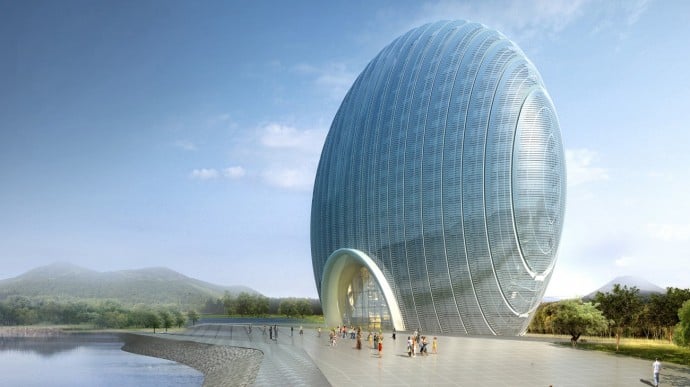 Life is too short to be boxed in. There was no way we could round up our list without the Yanqi Lake Kempinski Hotel. While the coolest buildings used to have angles and minimalist lines, the hotels’ circular modular building is a truly architectural wonder. 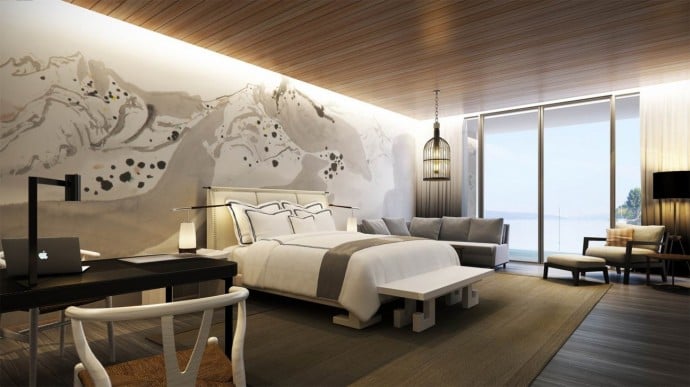 Located alongside the picturesque Yanqi Lake with magnificent views of Yanshan Mountain, and the Mutianyu Great Wall, Yanqi Lake Kempinski Hotel is among our list of top 11 Most Anticipated Hotel Openings Across Asia for this year. 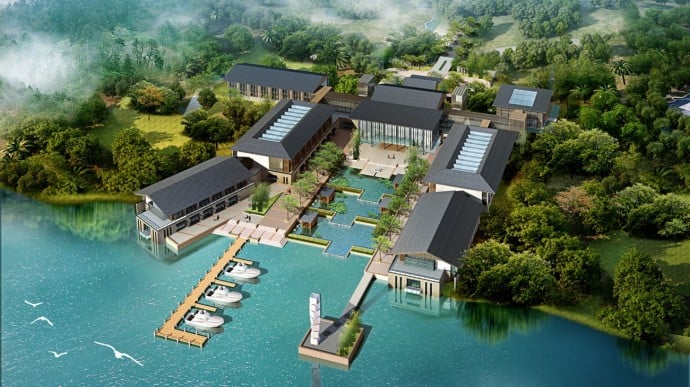 Featuring the largest meeting facilities in Mainland China amongst international-brand MICE resorts, the hotel has a total of 14,069 square metres of meeting space catering up to 1,400 delegates (theatre set-up) at the 1,850-square-metre Kempinski Grand Ballroom. The hotel comprises of 593 guest rooms in total at the Yanqi Lake Kempinski Hotel Beijing, State Guest House and 12 Boutique Hotels. The hotel is expected to open mid this year.