What recently happened in Tel Aviv will amuse you to no end. A horse was spotted walking into an elevator of a luxury apartment building. In his defense, the animal’s owner said there was no sign saying ‘forbidden to bring a horse in’. Going by that logic, this horse could go all around the world, the space center, or wherever the grass is greener as the signboard ‘No horse allowed’ doesn’t exist. Security camera footage showed two people taking the horse into the building and then into the elevator. The footage of the incident was shared widely on social media which lead to the two arrests. “I came to visit a friend. I didn’t think it would be a problem to bring a horse into the building. It wasn’t written anywhere that it’s forbidden to bring a horse in. I couldn’t leave it outside. It’s an expensive horse and it would have been stolen from me.” the horse’s owner told a police investigator.

A local resident reported the incident. Law enforcement officials asked veterinarians to examine the animal to determine if it had been mistreated. One of the men was released, while the other remained in custody due to circumstances unrelated to the incident. 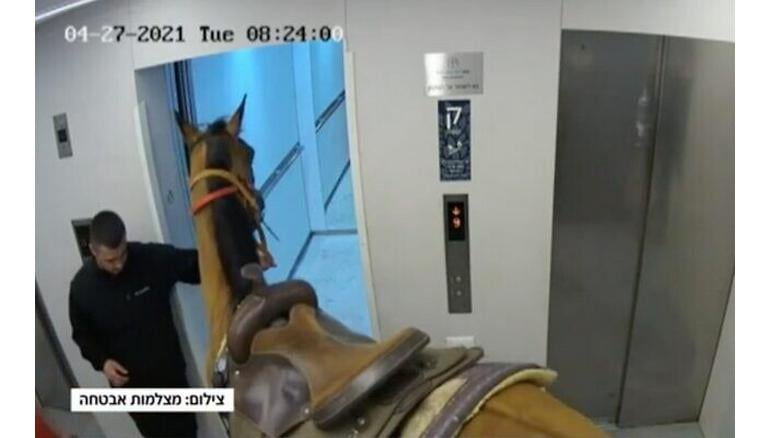 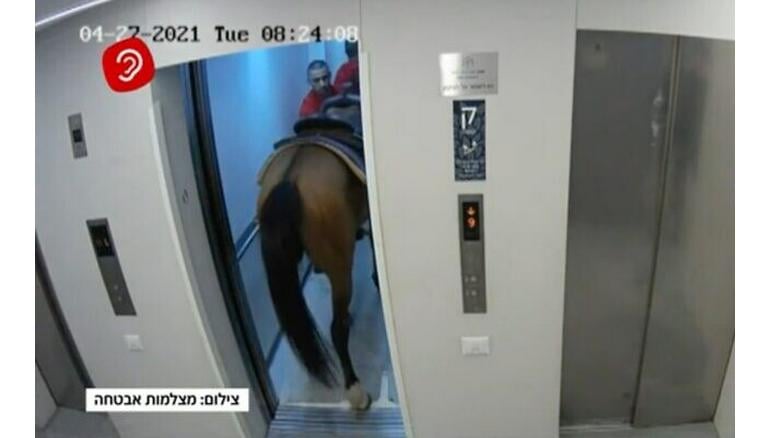 Tags from the story
Israel