At the last year’s edition of Goodwood Festival of Speed, Jaguar had showcased a one-off speedster concept named the F-Type Project 7 which was based on the F-Type convertible with bodywork inspired by the legendary D-Type racer. The Jaguar Project 7 had generated quite a bit of buzz at the event and on the internet. For all those who wanted Jaguar to build production version of the one-off concept car, there is good news! The British marquee has announced that it is going to build a limited run of 250 F-Type Project 7s and with its engine churning out 567 horsepower, it will be the quickest and the most powerful road-going Jaguar available. 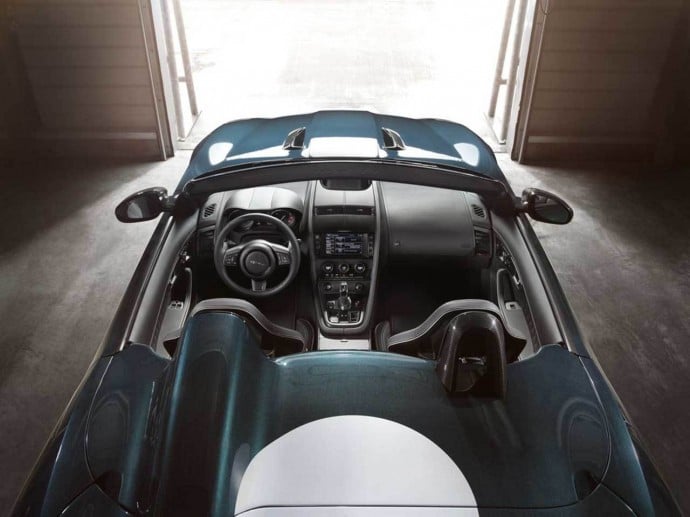 The news was announced just before the 2014 Goodwood Festival of Speed kicks-off and the F-Type Project 7 will be the first product of the automaker’s Special Operations division. The Special Operations division will employ 500 people in total and 150 directly in its own 20,000sqm facility and the team is already working on other low-volume and high-performance products like a 542bhp Range Rover Sport SVR. “The Project 7 is already faster than the F-Type Coupe R on track,” said Paul Newson, Director of Special Vehicle Operations. “We expect it to be the fastest Jaguar ever around the Nurburgring, a lap time will come later.” 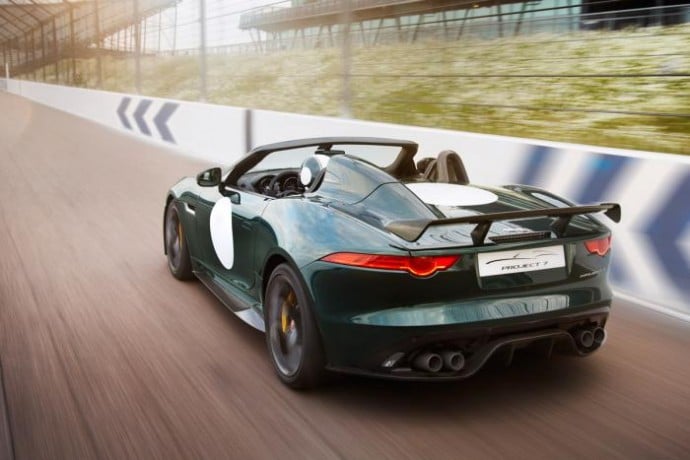 As for the specifications, Jaguar hasn’t changed much in the production version from the concept. The Project 7 is powered by the same 5.0L V8 engine from the F-Type, but it has been remapped to produce 567bhp. It can accelerate from 0-62mph in 3.9 seconds and has a top speed of 186mph. It has a shorter windscreen than the F-Type and a carbon-fiber bodykit that includes a new front splitter, rear diffuser and larger side skirts and helps to cut weight by 80kg. Suspension upgrades include new springs, adaptive dampers, and anti-roll bars, along with a brake-based torque vectoring system and carbon ceramic brakes. Jaguar has confirmed a price of around £135,000 ($230,000 approximately) and each car will carry a numbered plaque signed by Jag design director Ian Callum.