The appeal of carbon fiber is only growing by the day and accessories made with CF have become the latest fad in the industry. From carbon fiber portable music players to wrist watches, we have seen them all, but do you fancy a carbon fiber driving shoe? The idea might sound absurd but the real thing is nothing but chic. What makes it even more appealing is the fact that it’s inspired by the best looking sports car in the market currently, the Jaguar F-type. The British marquee announced the official launch of a new range of footwear which has been designed and created in collaboration with shoemaker Oliver Sweeney. Jaguar Advanced Design Director Julian Thomson joined Oliver Sweeney’s Cobbler-In-Chief, Tim Cooper, at the shoemaker’s London studio to develop the new range which was inspired from materials used in the F-Type including carbon fiber. 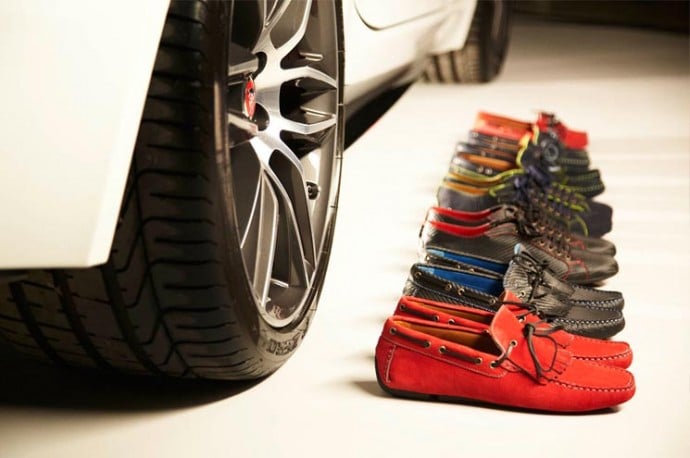 But instead of using real carbon fiber, the shoes are made up of leather with carbon fiber print. In case the CF print is a little too gaudy for you, the footwear range has other options of leather shoes in red, navy and black which have been derived from the interior of the F-Type. All the shoes are designed using the shoemaker’s proprietary Anatomical Last technology and are styled on a device that mimics as closely as possible the natural contours of the foot. The range includes options for both men and women and the prices start at £195 ($325 approx). 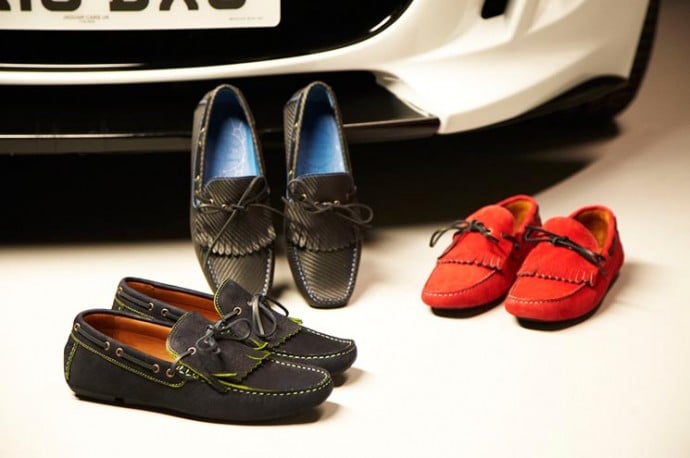 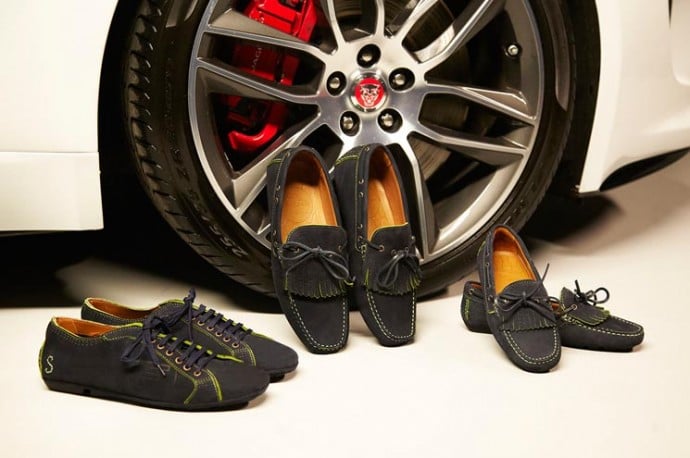 Tags from the story
Jaguar, Shoes