Setting new world records has always been a very useful marketing tactic for brands to create hype around a product; however, some of these record-setting efforts are really quirky. The PGA’s European Tour has released a video on its official YouTube channel that chronicles the entire event of setting a new world record for the longest golf drive into a moving vehicle. Professional golfer Marcus Armitage stepped up for this challenge to beat the previous record that was set in 2012 with golfer Jake Shepherd and former F1 driver David Coulthard. The duo had managed to set 273 yards and used a drop-top Mercedes-Benz SLS. To beat the 9-year-old record, the team went with a 2021 BMW M8 Competition Convertible, and British Touring car champion Paul O’Neill was given the responsibility to drive the grand tourer.

To land a golf ball in a fast-moving car is a lot more challenging than it sounds and requires more than just a perfect swing. Although the pair scored a perfect landing in the car within the first few attempts, it was not enough the break the record. They kept trying to go beyond the 273-yard-mark and even cracked a windshield in the process but kept failing until the duo finally managed to land and a shot in the car past the record point. The record-breaking attempt was measured to be 303 yards (277 meters), which was also verified by the Guinness World Records. Interestingly, the BMW M8 Competition Convertible used for setting the record had no kind of modification. It is powered by a 4.4-liter twin-turbocharged V8 that churns out 617hp and 553 lb-ft of torque, which rockets the massive grand tourer from 0-60mph in 3 seconds. If you found this interesting, I’ll suggest you have a look at the neat golf trick pulled off by Ian Poulter last year that involves a $2 million LaFerrari Aperta. 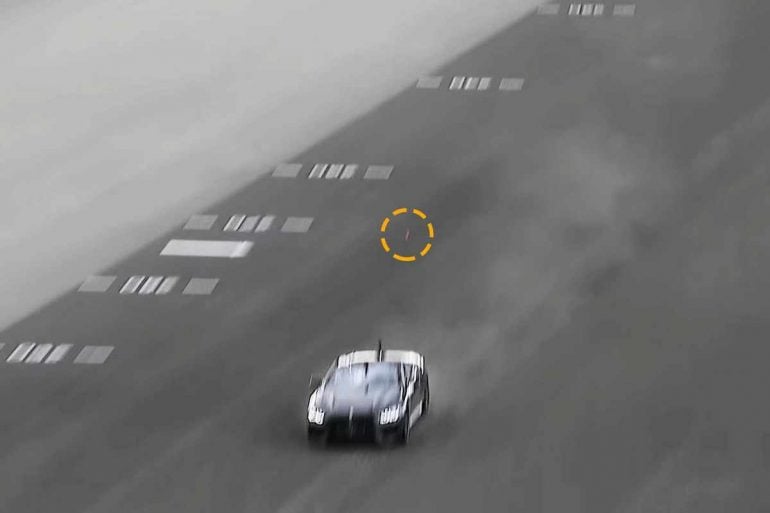 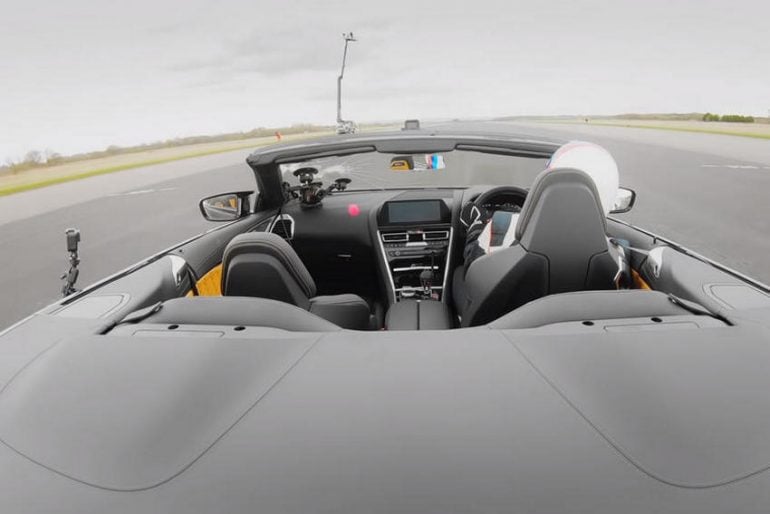 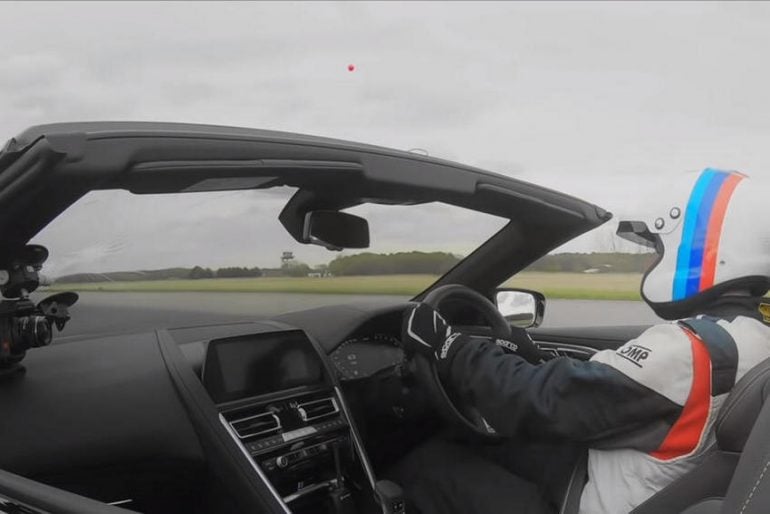 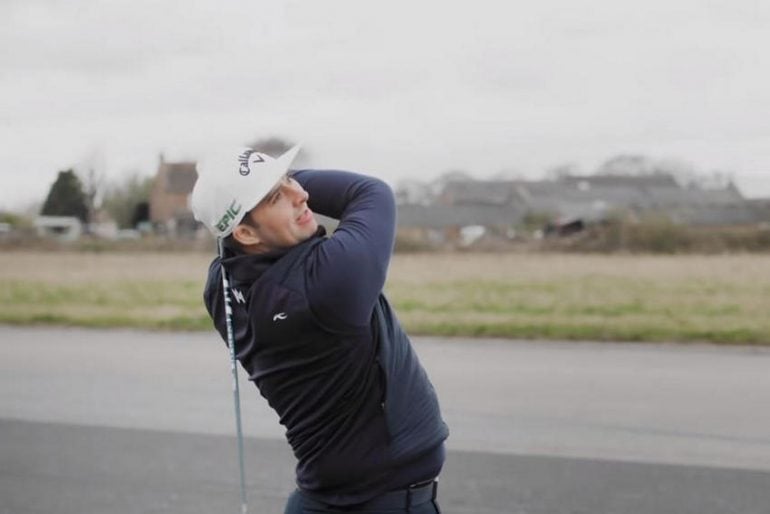 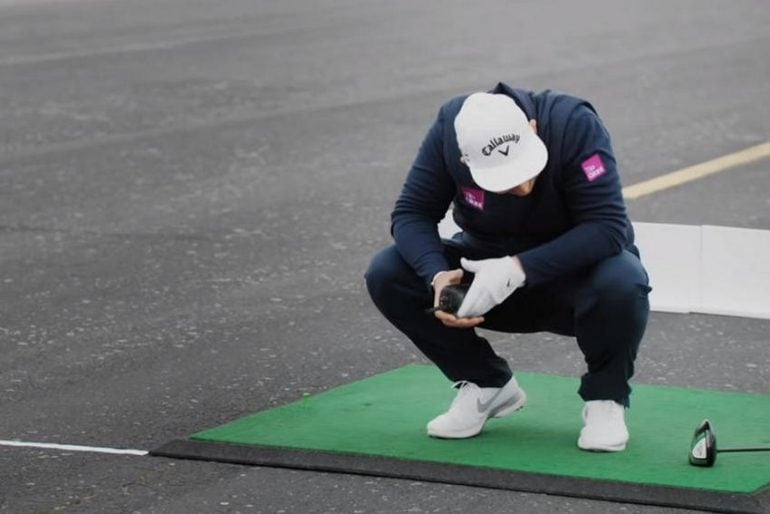 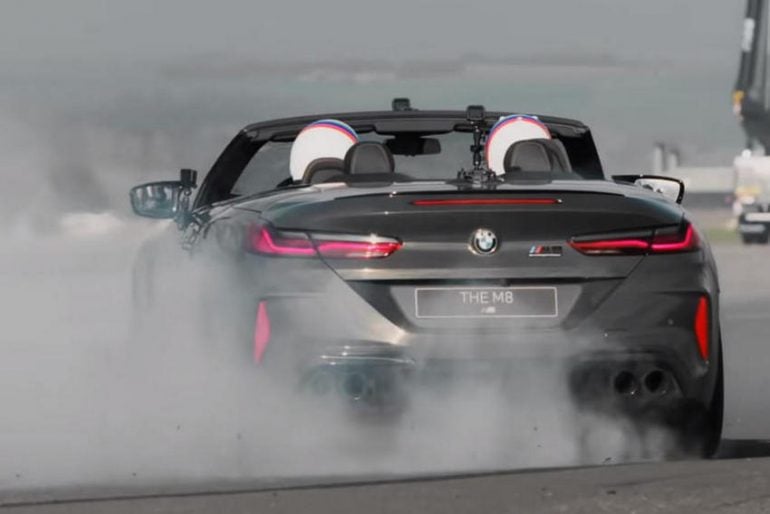 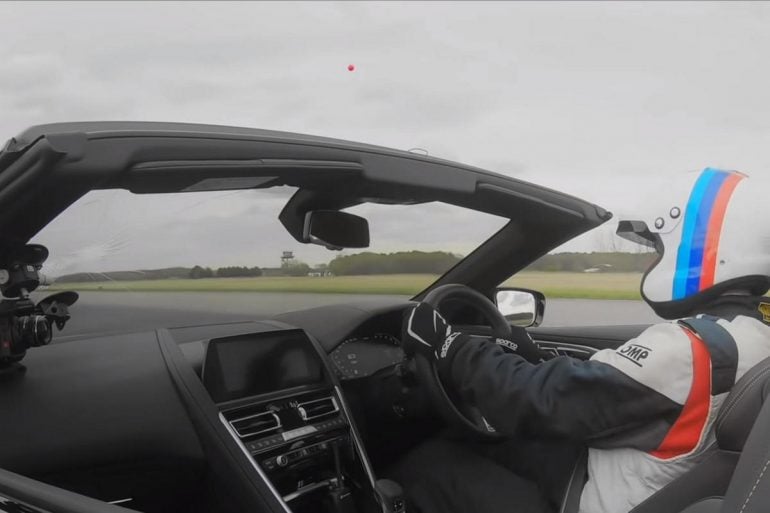