New York City welcomes nearly 47 million foreign and American tourists every year including day-trippers. Every corner of the city exudes with its own style and personality, making it one of the greatest cities ever and very much the pulse of the country.

A tourist paradise, there is no shortage of activities and places to visit in this city that is home to the Empire State Building, Ellis Island, Broadway theatre productions, museums such as the Metropolitan Museum of Art, outdoor attractions including The Statue of Liberty, Central Park, Washington Square Park, Rockefeller Center, Times Square, the Bronx Zoo, Coney Island, South Street Seaport, New York Botanical Garden, luxury shopping along Fifth and Madison Avenues, and events such as the Tribeca Film Festival or free performances at Central Park at Summerstage and Delacorte Theater. Many of them sound familiar? Probably so, with its prominence in several Hollywood movies.
The city is also home to some of the finest accommodations in the world, most unique dining establishments and some memorable shopping experiences to suit any and all budgets and tastes. With that much wealth of attractions, making a to-do, to-see or to-go list in New York City would be mind-boggling but try we must, and here’s our pick of the Top 5 luxury experiences in this bustling city. 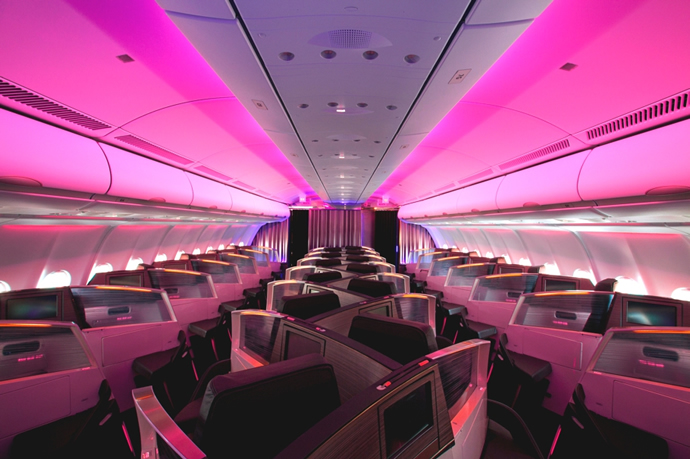 There couldn’t be a nicer, more luxe way of flying into New York than on Virgin Atlantic’s Upper Class Suite. Since it was launched in 2003, the Upper Class Suite has won some of the most prestigious design awards in the industry and is onboard all aircraft in the airline’s fleet. 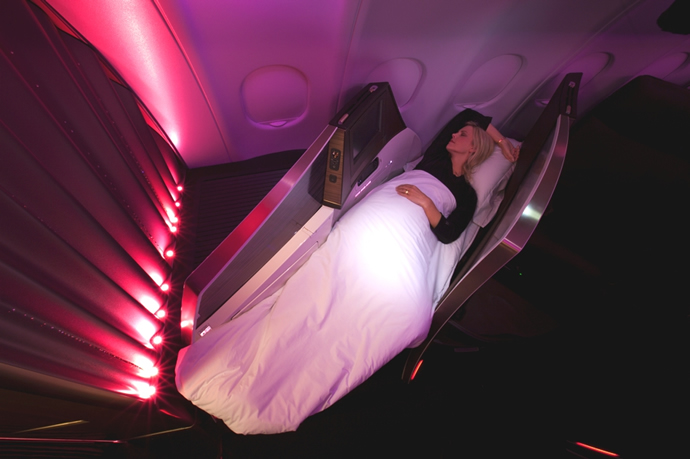 The Upper Class suite has been designed to offer its passengers separately, the most comfortable bed and the most comfortable seat in the air. Unlike most seat-to-beds, Virgin Atlantic’s seat provides the passenger with a luxury leather armchair to relax on which then can be flipped over into a long, separate bed with a mattress to sleep on. The cabin’s 1-2-1 / 1-1-1 configuration means passengers have their own personal space with no ‘step over’ by other passengers. Each passenger seat also has access to separate cotton bedding, duvets and sleeper suits, a television screen is 10.4 inches wide and a private bar – the longest in the sky at 2.7 meters -in an area away from the cabin, Passengers can also remain in the reclined seat position during take-off and landing! 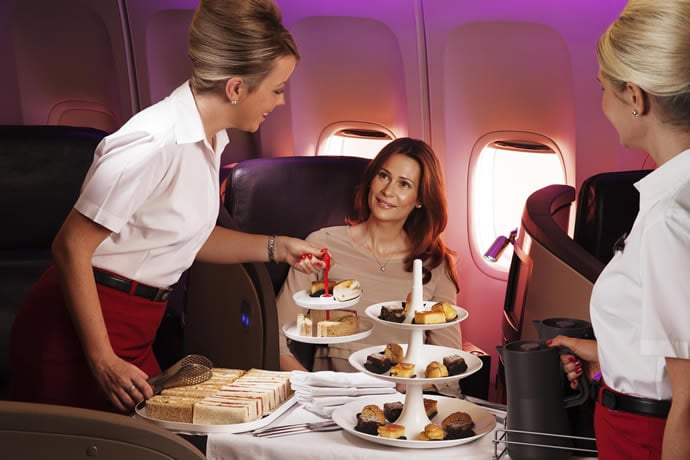 The Upper Class menu offers a wide selection of light bites, main meals and snacks. A night flight service is offered to passengers on shorter flights departing after 9pm – so passengers can enjoy a gourmet meal in the Clubhouse before their flight so that once onboard they can maximize their sleep. 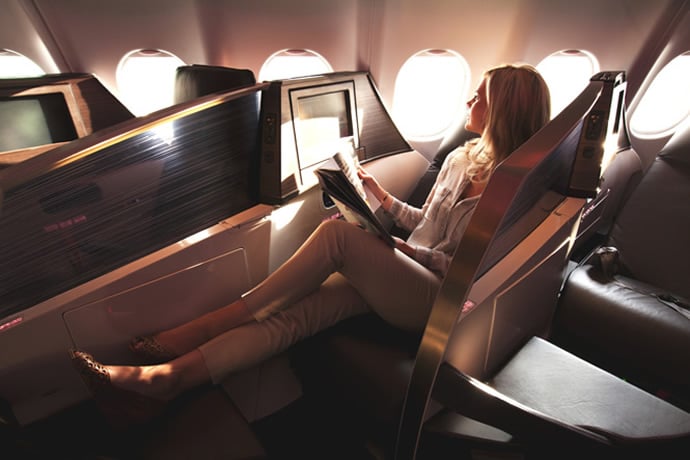 Virgin Atlantic’s Upper Class Suite also offers the finest inflight entertainment system, v:port that offers a 12.1 inch touchscreen monitor with a touchscreen handset loaded with 300 hours of video on demand, audio channels with a Sony Video Walkman and various games on selected aircraft. Guests can enjoy this with a complimentary ice creams served during the movies. The airline’s A330 aircraft also come fitted with the AeroMobile system, so passengers can make and receive phone calls and send texts from your own mobile phone. Taking services to new highs, the airline recently introduced the Google Glass and Sony Smartwatch2 for its concierge team handling first-class passengers. The new technology will help them update passengers on-the-spot with flight information, weather and local events at their destination and translate any foreign language information. 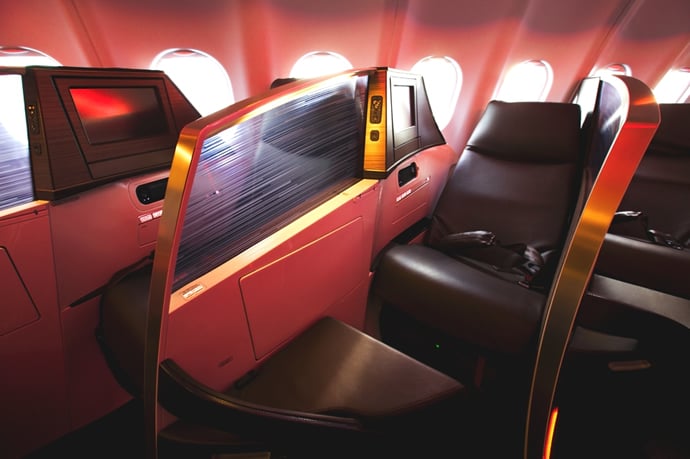 The cost of flying from London Heathrow to New York on Virgin Atlantic’s Upper Class cabin is approximately $11,679.
[Virgin-Atlantic] 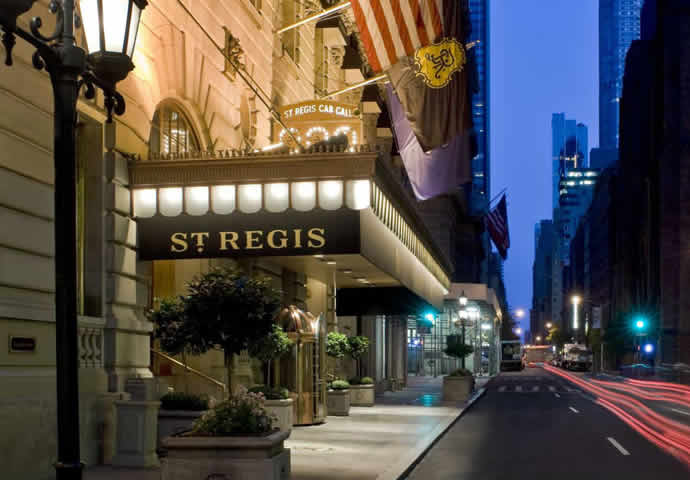 Among the many lush properties in the city, the St. Regis Hotel New York is our top pick. The property is housed in a 1904 beaux arts landmark building in Midtown and offer guest rooms decorated with Louis XIV style furniture and chandeliers. The hotel recently renovated and redesigned its 256 guestrooms, which now feature chic, textured fabric walls and marble tiled entryways, rich color schemes with bold accent colors, luxe leather details, custom furnishings, state of the art technologies and luxury amenities, including everything from robes and slippers to the legendary 24-hour St. Regis butler service. The property also reopened its King Cole Bar and Salon under New York chef and restaurateur, John DeLucie. The Bloody Mary was invented here in 1934 and the bar today offers six variations of it including the Mary Terranea (made with Grey Goose, St. Regis Bloody Mary mix, extra virgin olive oil and basil). 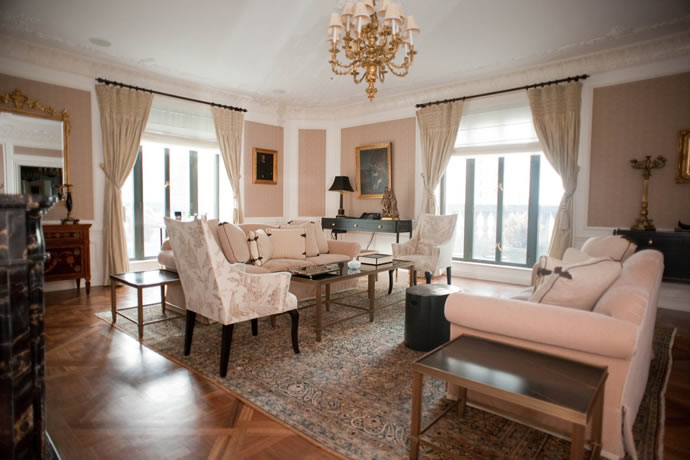