If Louis Vuitton can sell a $500 bandana and mask set or even a $960 face shield, then why the brouhaha over its $10,400 monogrammed kite? Is it because the chances of using an expensive mask and face shield daily are much higher than a monogrammed kite that perhaps may never see the outdoors? Even then, this LV kite can be one of the few objects that only 2-3 people in the world may own, making it quite a rarity that could in all probability fetch a good price at an auction decades later. There’s no denying the marketplace does sell absurd objects for millions, and this kite will easily fit the bill. The luxe Monogram Kite comes covered in Louis Vuitton’s signature initial print and is packed away in a matching monogrammed bag. It is proposed as a stand-out gift for the outdoor enthusiast though I completely fail to understand the idea behind its inception. It could be Louis Vuitton’s latest fixation with sports and outdoors which led them to create sports gear like the LV Bike, Skimboards, camping tent, and indoor games like an opulent pool table, a foosball table, and more. 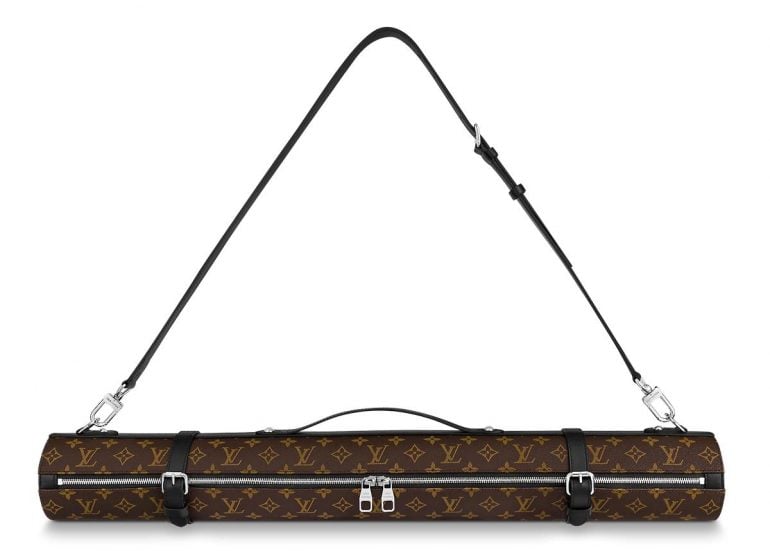 Of course, the kite in itself seems like a very redundant product, and one with a price tag of $10,400 plus taxes (sales tax can be as high as $1,000 in some states) makes it a criminal waste of money. This playful piece was showcased at the Men’s Spring-Summer 2019 show, and ever since it’s avoidable on the official Louis Vuitton website, it has only been useful in amusing people. TikTok user Jeffrey Huang spotted the kite in the designer’s online store and took to the app to rant about the price saying, “This better fly me to where I want to go!” We couldn’t agree more!