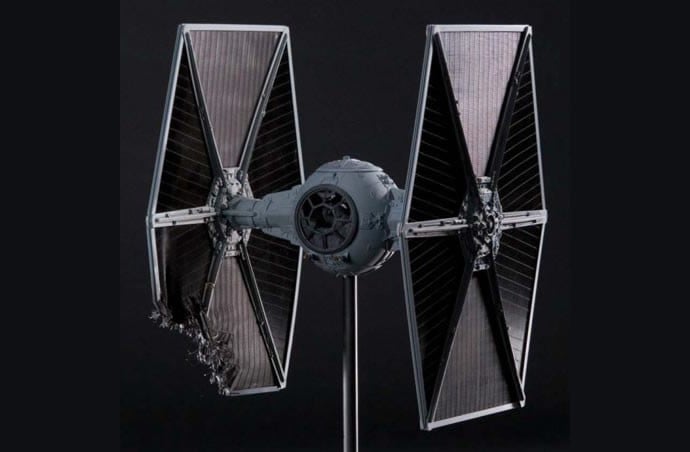 T.I.E. Fighter Movie Model – $170,000
If you’ve been good little boys and girls and saved up or invested wisely then perhaps this prop from the original Star Wars Episode IV: A New Hope movie will be something on your geek must have list – an original model of the empire’s TIE (Twin Ion Engine) Fighter that was used in the film. In fact this was the same ship flown by the inept pilot that collided with Vader’s craft during the final end run on the Death Star. It’s a detailed model that sits at 18 x 14 inches and stands 24 inches on its display base. There’s no battle damage on this baby so it’s in pristine condition. Maybe you can build your own replica of a Death Star and re-create the final scene; you could even shoot it with the Star Wars camera we’ve mentioned on this list, if you can afford both. 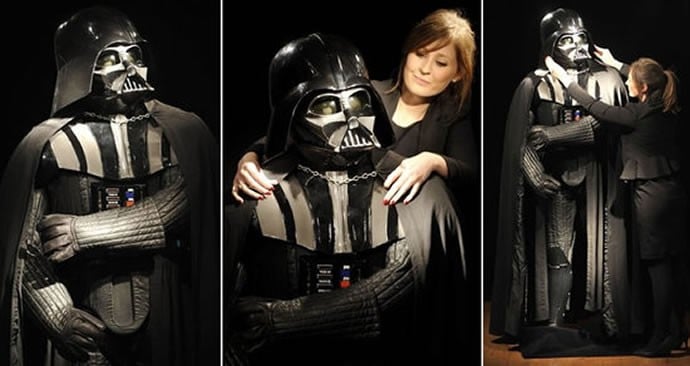 Darth Vader’s Costume – $230,000
One the most iconic costumes in movie history is that of the intergalactic villain and underboss to the treacherous Emperor, Lord Vader. His black helmet with its breathing apparatus, armor with its control panel and life support functions and the black flowing cape, the one supposedly made for and used in Star Wars: The Empire Strikes Back, went on the auction block at Christies. The entire costume on sale as part of the collection of an anonymous private collector but sadly didn’t find a buyer as the reserve price was not met. The bidding for the costume closed at £150,000 which works out to about $230,000 with no sale. Sadly the Force wasn’t too strong with this one. 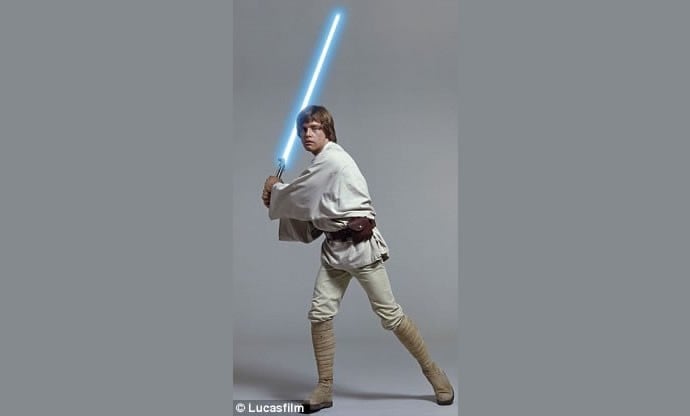 Luke Skywalker’s Lightsaber – $240,000
For the true Star Wars fan/collector there’s nothing like owing an actual prop from the movies themselves and not some knock-off replica or mass made toy; so when Luke Skywalker’s Lightsaber goes on the block, one can expect the stakes to be quite high. This particular piece of movie and Sci-fi ‘history’ is the actual prop used by actor Mark Hamill in the original saga’s initial episodes – Star Wars: a New Hope and The Empire Strikes Back. “An elegant weapon, for a more civilized age” his blue Lightsaber was given to him by Obi-Wan, something that Anakin Skywalker aka Darth Vader left for him; Luke builds a new one (green) after losing his to Vader on the Cloud City on Bespin. 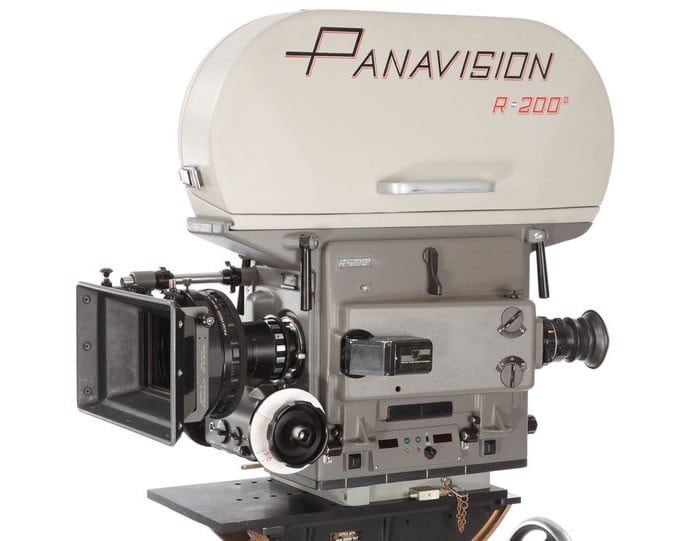 Panavision PSR 35mm motion picture camera used for Star Wars – $625,000
One of the stranger items to go on sale before Force Awakens hits the theaters is a Panavision PSR 35mm motion picture camera that set a new world record for items sold in this category. It was auctioned off along with a plenty of relevant accessories and is, in fact, fully functional. While regular geeks may not really find it all that interesting to spend good money on a camera used by creative genius George Lucas while filming the original trilogy, there is a breed of hardcore fans and movie collectors who wouldn’t hesitate to write out a check with six figures on it for an item like this. I wonder what they’ll end up using it for.