YouTubers are known to live life in the extremes for content creation! Mr. Beast turned around his life doing what no one else thinks of enduring (he also splurges $48 million a year making his videos). Though not death-defying, Mr. Beasts’ video costs sure are deadly! Another YouTuber, Street Speed 717 b, has shown he couldn’t be more reckless by jumping another TRX over an $800,000 Lamborghini Aventador. He got fined $53,000 by a court for jumping his RAM TRX and damaging the ecosystem. Still, wondering to what lengths YouTubers can go in the name of creating content? Well, how about jumping off the small airplane and allowing it to crash for views? It sounds completely outlandish, and it’s genuine!

Trevor Jacob, YouTuber and former Olympic snowboarder is caught in a controversy after posting a video that shows him surviving a plane crash (with correct angles, neat coverage, et al.)! The video titled “I Crashed My Plane” starts on a sentimental note as Trevor heads a 1940 Taylorcraft to Mammoth Lakes, California, to paraglide, snowboard, and spread the ashes of Johnny Strange, his late best friend. Trevor talks some more shows his friends ashes again, and soon after, the aircraft’s engine cuts out. He looks confused and is seen contemplating whether to jump or not. Yes, he jumped and with a selfie stick in his hand. After landing safely, he hiked to the crash site and got help. 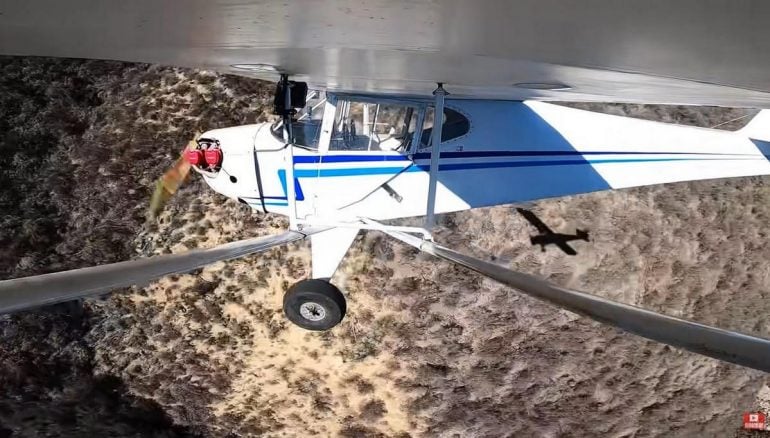 What seems suspect is he is wearing a skydiving harness (he claims always to wear one, but he doesnt in many videos). After Jacob landed, he said, “Where the hell am I going to land a freaking plane? I’m gonna die. That’s why I always freaking fly with a parachute,” justifying his actions to his viewers. Independent shared Robert Perry, a flight instructor based out of the nearby Santa Ynez Airport’s comments, “It’s all very suspect. If a plane is out of maintenance, that’s the most dangerous time to fly.” He also noticed other red flags that make the video look staged, like wearing a stuffy parachute in a small plane. 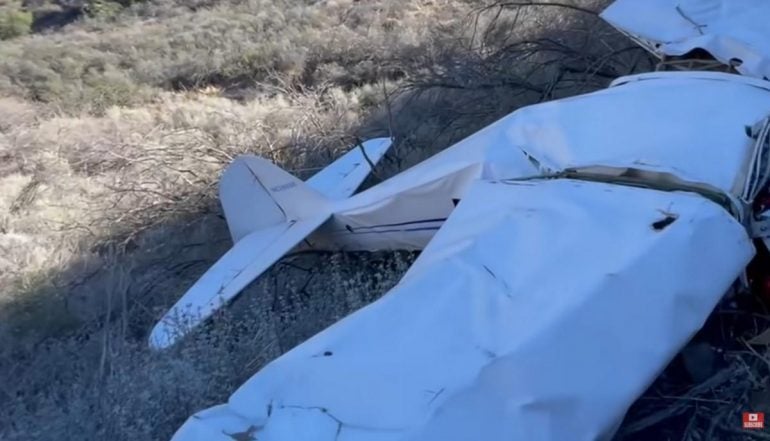 He added, “It would require removing the seat cushion or some other modification.” Perry also didnt fathom Jacob’s decision to jump ship for lack of “no safe place,” when the footage depicts a large, flat expanse not far in the distance. From the looks of it, he could’ve guided that plane 15 or 20 more miles and landed it on more level ground,” Perry said. The FAA is investigating the incident.

Bought for $1.6M and also crashed once – Lewis Hamilton has sold his one-off Pagani…

Art lover or not, this Banksy-themed nightclub in Mexico is a must-visit to experience the…

You may be able to book your next AirBnB rental with Bitcoin.