The Great Gatsby is set to kick off a social renaissance back to the twenties era. With the movie craze in the air, everyone seems to be reliving the Roaring Era from its jewelry, alcohol, vehicles to their social nightlife. Fashion catches up with the movie as Prada presents The Great Gatsby costume exhibition that will go on display from 1 – 12 May at the Prada Epicenter at 575 Broadway in New York City. Designers Miuccia Prada and Catherine Martin have collaborated and created over 40 looks inspired by the Prada and Miu Miu archives for the movie.

The flapper look of that era is oozing through all the creations as luxuriously rich fabrics like velvet and fur are used in the costumes included shimmering dresses covered with crystals, fringing, and sequins brightening and dazzling in shades of emerald, jade, topaz, and gold for the female leads. The male lead actors like Leonardo DiCaprio (Jay Gatsby) and Toby Maguire (Nick Carraway) are seen in outfits by American brand Brooks Brothers. 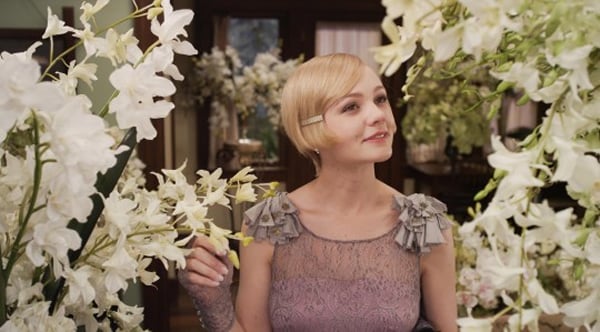 “Baz and Miuccia have always connected on their shared fascination with finding modern ways of releasing classic and historical references from the shackles of the past,” said Martin. With fashion through shimmering dresses making a comeback, we wonder how much further into Gatsby or twenties living are we going to dive!

Tags from the story
New-York, Prada