Thanks to the fact that electric vehicles are free from the design constraints set by conventional combustion-engine automobiles, engineers and designers are experimenting with some really wild and disruptive EV concepts. The newest such idea to catch our attention is this jaw-dropping electric pickup with goodies that can thaw the hearts of the most ardent EV cynics. The quirky truck comes from an LA-based creative agency named Wolfgang LA. Called Thundertruck, the unique electric EV concept looks straight out of a sci-fi movie. It does, however, have some resemblance to the Tesla Cybertruck thanks to its angular design and the design of the glasshouse; but that’s not a bad thing. 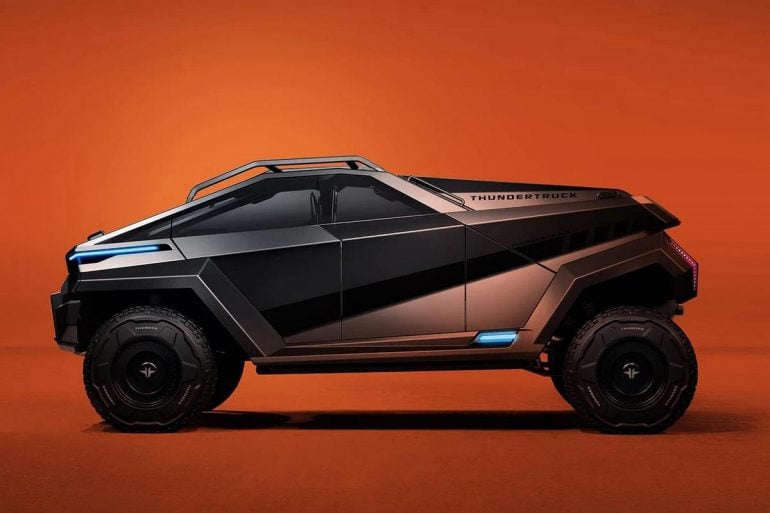 The company has revealed two different versions of the Thundertruck EV. The first one is a battery-powered 4×4 that’ll come with 800hp on tap and hardware capable enough to tackle challenging off-road conditions. However, the one we are interested in is the 6×6 variant that can be perceived as the green version of the Mercedes G63 AMG 6×6. The monstrous EV will be powered by a huge 180kWh battery that’ll give it a range of slightly below 600 miles. The dual-motor set-up will be capable of churning out 900hp which is enough to propel the truck from 0 to 60mph in just 3.5 seconds. 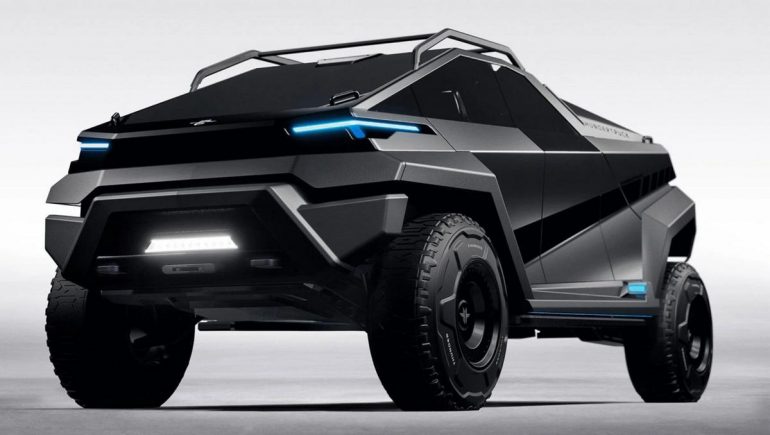 Some interesting add-on features the company has proposed for the Thundertruck EV include a solar-enabled “Bat Wing Awning” that can expand on the touch of a button to not only offer shade from the sun but also capture its rays to recharge the battery pack or power accessories like a built-in induction stove, fridge, and the A/C. While the exterior of the EV pickup truck is functional and muscular, the interior is luxurious and packed with amenities. Of course, these are just design renderings and the company is yet to build a physical mock-up of the truck; which means, the wild electric truck might never make it to production. However, we’ll be rooting for the company! 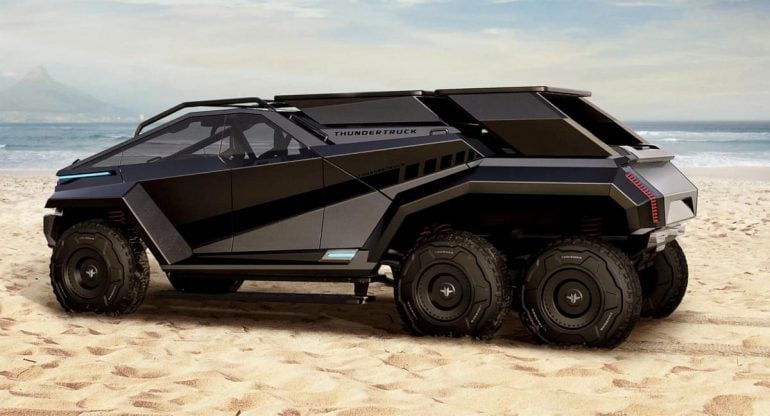 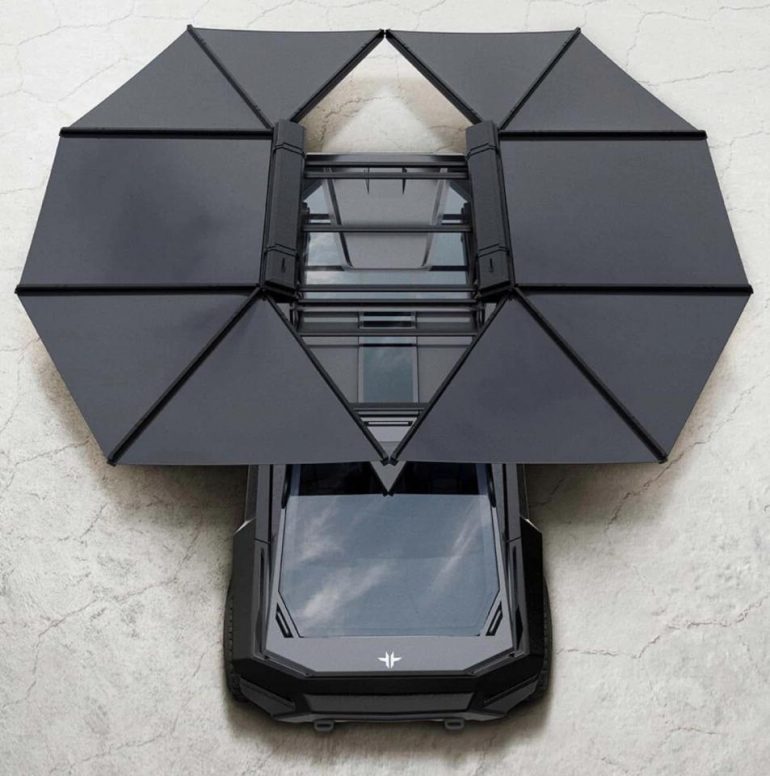 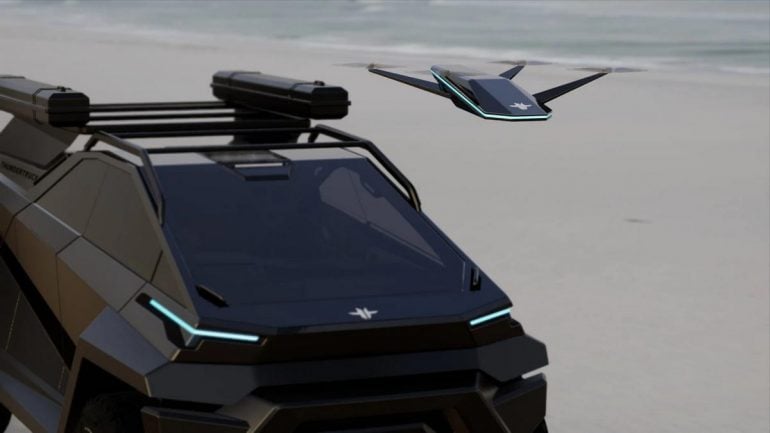 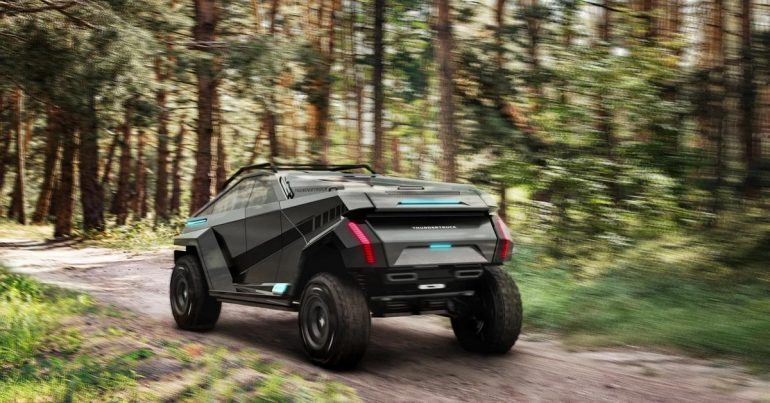 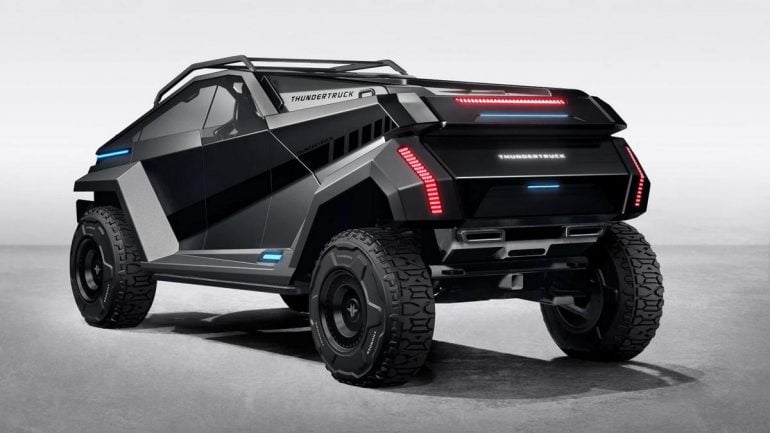 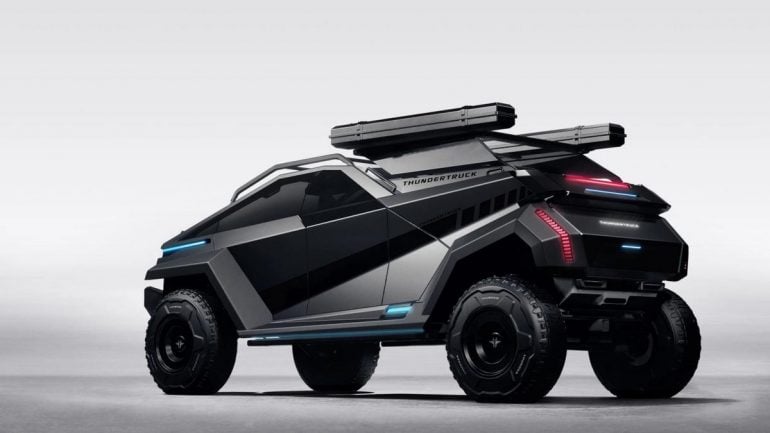 Tags from the story
Electric, Truck