The economic meltdown that hit the world a couple of years back did the worst kind of damage to the auto industry. Some ambitious projects were forced to be canned. Things have improved over the years, and the auto industry is back on track and entering a great phase. There’s never been a more exciting time to be a car enthusiast, so we decided to come up with the five hottest supercars automakers will unveil over the next four years. 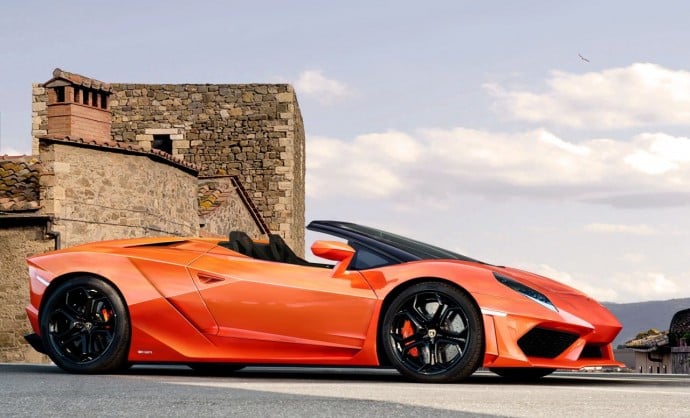 5. Lamborghini Cabrera (2015)
What makes it special? In the world of performance machines, things move relatively at a slower pace. Generally, a sports car stays into production for many years before it is finally retired, and till then, it receives endless tweaks and subtle makeovers to keep it updated. Lamborghini Gallardo has been with us for over a decade, and notwithstanding the amazing credentials, it’s time to be replaced with something better, something new. Enter the Lamborghini Cabrera, which is all set to become the successor to Gallardo and take its place to be the company’s volume model. As of now, there is a little lack of clarity on its name as some industry experts believe Lamborghini will name it “Deimos” after a trademark application was discovered, while most of the rumors suggest the Italian marquee will stick to the name Cabrera. Prototypes wearing heavy camouflage have been spied in the wild quite frequently, giving us a fair idea of its design. It looks like a cross between Gallardo and the Aventador with reshaped LED headlamps. Lamborghini’s design philosophy is never disappointing, and we don’t think it would be any different with the Cabrera. 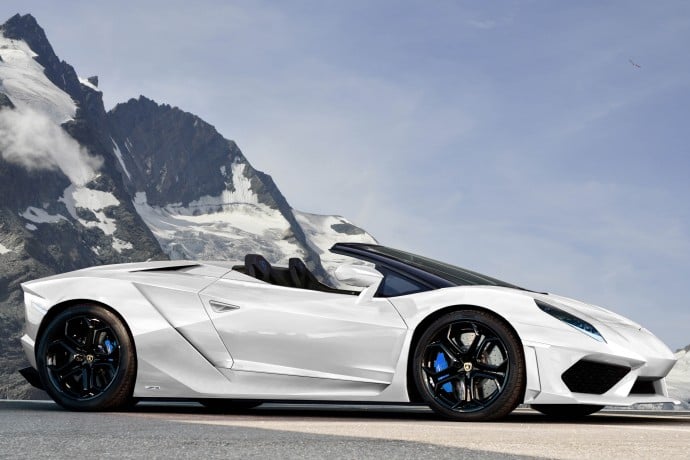 Underpinnings and Powertrain: Much like the Gallardo, Cabrera will be the smaller Lamborghini on offer sharing its mid-engine platform with the second-generation Audi R8. The shell will be made out of aircraft-grade aluminum, and a lot of carbon fiber is guaranteed to be used to make it as light as possible. In all probability, it’ll be powered by an engine similar to the current naturally aspirated 5.2-liter V10 engine, which could be tuned to churn out close to 600 HP.

Arrival, Pricing and Competition: As per what we think, Lamborghini might unveil the Cabrera at the 2014 Geneva Motor Show and will start selling it by the end of 2014 or early 2015. On the pricing front, Lamborghini might price it close to the current Gallardo models with a starting price of $200,000. Audi R8 V10 will be its closest competitor, with the cousin giving it a tough fight. 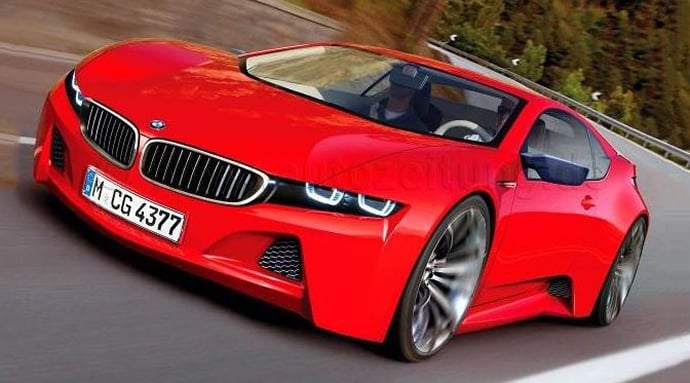 4. BMW M8 (2016)
What makes it special? To answer in simple words, the M badge, its truncated LED lights, and BMW’s return to making proper sports cars after a gap of almost three decades make it special. With its retro looks — reminiscent of the old M1 of the 80s – fused with the latest design philosophy of BMW, the M8 coupe promises to be a great performance machine in the making. And the good news is, it won’t come with an electric motor like its duplicate cousin, the BMW i8. It will be powered by a proper gasoline engine only to produce raw, brute horsepower. It would be a lot different than the other M-badged Beamers and will herald BMW’s foray into the premium sports car market.

Underpinnings and Powertrain: The M8 will share its platform, the futuristic i8, which will be made using carbon fiber and aluminum, but it will be powered by a proper petrol engine. There is no official confirmation, but we suspect it will come with a retuned version of the M5’s 4.4 Liter V8 engine, producing upwards of 600 HP.

Arrival, Pricing and Competition: We are still a few years away before BMW M8 enters into production, but if things go according to the current plans, it should hit the markets by 2016 with a price-tag reading upwards of $300,000 (without factoring in the inflation). When launched, it will compete against Porsche 911(s) and Audi R8. 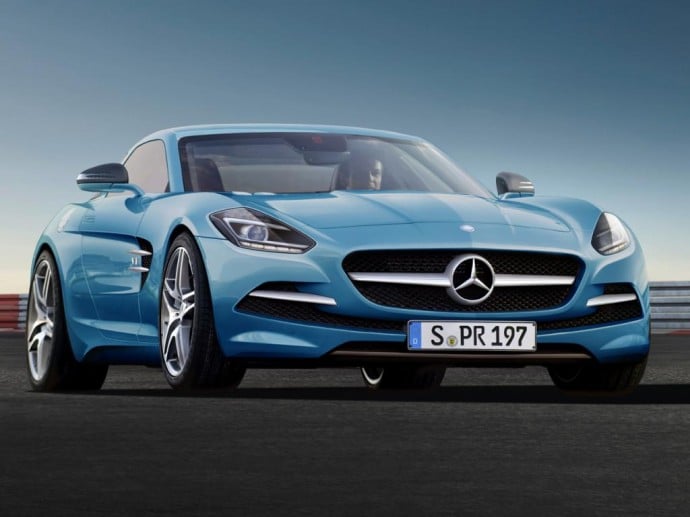 3. Mercedes Benz SLC (2015)
What makes it special? Mercedes is ending the production of the SLS AMG this year and will unveil its last version, named the ‘SLS AMG GT,’ at the upcoming Los Angeles Motor Show. The lunatic supercar with its iconic gullwing doors replaced the SLR AMG in 2010, but it’s time for the V8 rocket to retire after a successful run. The car that’ll replace the SLR AMG, codenamed C190, has been spied in the wild quite a few times draped in black camouflage. The car, which is being called the baby SLS, is expected to come with a new ‘SLC’ moniker, a name that makes a comeback after almost 30 years. The Mercedes SLC will be lighter and more agile than the car it replaces, but the contours look very similar to the SLS AMG. It’s expected to come with a 5.5 liter V8 and new headlights, similar to the ones on all the new Mercs, but the most noticeable change is its door. It won’t come with the gullwing doors but rather have the normal doors.

Underpinnings and Powertrain: Though information on the Mercedes SLC is scarce, we expect it to come with a brand new chassis that will be lighter and smaller than that of the SLS AMG. It will be powered by a bi-turbo 5.4 liter V8 which should be good to produce 600hp. Though the lightweight shell will make it more agile and will give it a sharp performance, it might lose the lunatic supercar image the SLS AMG earned for itself.

Arrival, Pricing and Competition: With the last version of the SLS AMG making a debut this month and the production slated to end early next year, it won’t be long before the Mercedes SLC breaks cover. If rumors are to be believed, it might be unveiled at the 2014 Geneva Motor Show. Pricing is expected to be kept below the current SLS AMG and might come under $100,000. A toned-down Mercedes SLC will take on Porsche 911(s) and Audi R8. 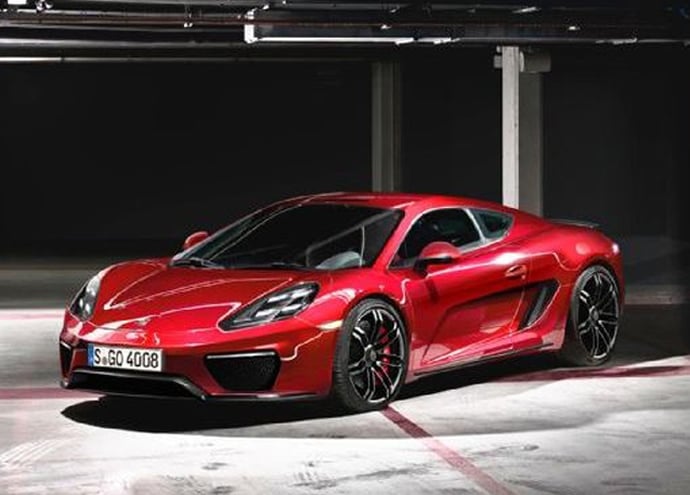 2. Porsche 960 (2017)
What makes it special? The Porsche 911 Turbo and GT3 are fantastic sports cars but they don’t quite measure up well against supercars with more power and grunt. And on the other end of the spectrum is Porsche’s hypercar, 918, which costs more than $1 million along with optional extras. To bridge the wide gap between the two, Porsche is working on 960, a mid-engine supercar positioned above the 911s. Though there is very little information available on the Porsche 960 but it’s expected to be designed to look more like the 918 rather than the conventional Porsches.

Underpinnings and Powertrain: The Porsche 960 will feature an aluminum chassis combined with carbon fiber, magnesium, and titanium to keep the weight down to below 3,000 pounds. To give it some serious grunt, Porsche might use a boxer eight-cylinder engine, which will be juiced up by four turbochargers, according to sources. To take on some very capable supercars, Porsche might tune the engine to produce upwards of 650hp.

Arrival, Pricing and Competition: Initially, it was expected to arrive by 2015, but there is a delay in the project. Unlike the 918, this won’t be a limited-run model as Porsche plans to sell 3000 to 4000 over a six-year life cycle. Production will likely commence in early 2017 and will come with an expected price tag close to $300,000. The Porsche 960 will compete against Ferrari 458 Italia and Lamborghini Aventador. 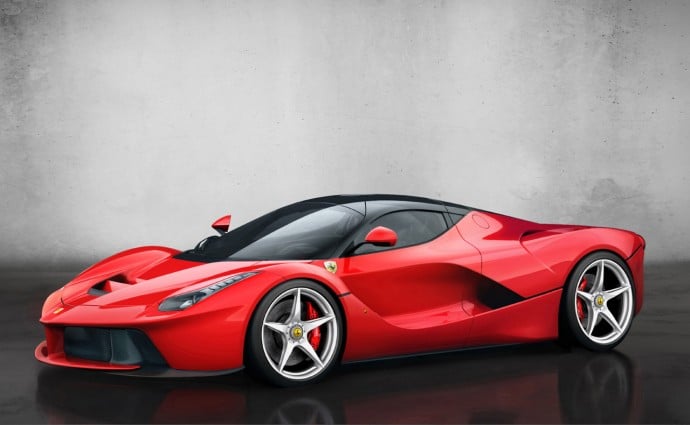 1. LaFerrari (2014)
What makes it special? Is that even a question? Unveiled at the 2013 Geneva Motor Show, the LaFerrari might have an odd name but has looks to die for. That’s what we call a proper pin-up poster king! The hyper-car, which was codenamed ‘F150’, is the successor to the legendary Enzo. The limited-edition flagship is Ferrari’s first hybrid and promises to be the fastest ever Ferrari on the road to date. Only 499 will be ever made. It isn’t production-ready yet as Ferrari is taking its time to perfect it. Every once in a while, it’s spotted while being tested at different tracks across the world. Recently a prototype was spied at the Nürburgring circuit being put through its paces. A lot of the technology on this hyper-car has been sourced from F1, including the HY-KERS system and the V12 engine that features an F1-derived variable geometry air intake system. 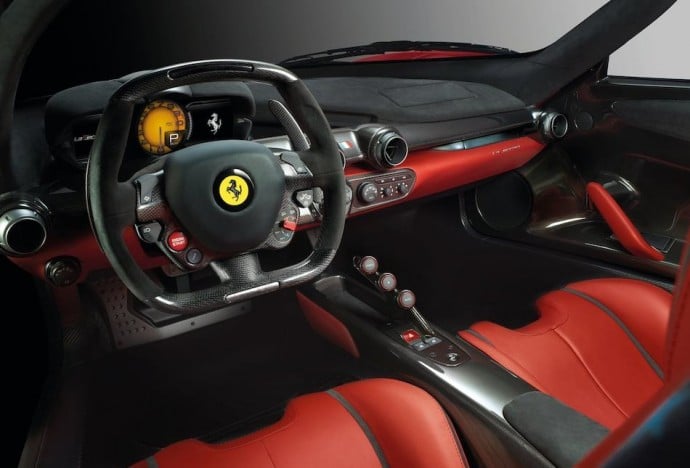 Underpinnings and Powertrain: The LaFerrari uses four different kinds of carbon fiber, all hand-laminated and autoclave-cured, in the racing department using the same design and production methods as the F1 car. It weighs just 2800 pounds – almost half a ton lighter than F12 Berlinetta. The hybrid hypercar is powered by a 6.3 liter V12, which produces 789 hp, and an electric motor lifts the peak power to a stratospheric 950 hp. Thanks to the insane amount of power, the LaFerrari goes from 0-60mph under 3 seconds and 0-124mph under 7 seconds. 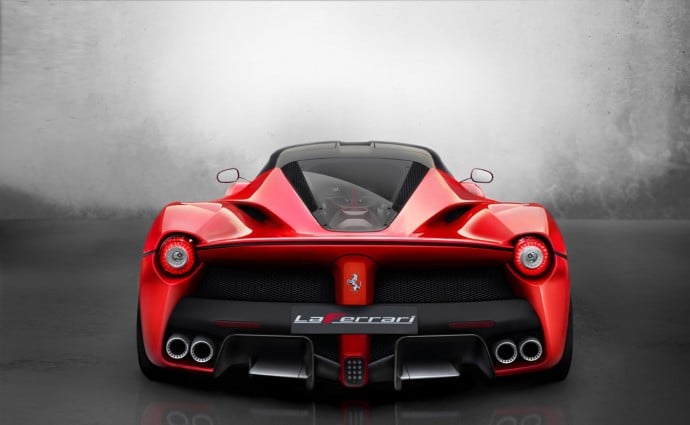 Arrival, Pricing and Competition: Maranello hasn’t officially confirmed the price for its newest flagship, but it’s believed to be in the range of ₤1 million ($1.6 million approx). Each of the 499 Laferraris was sold long before it was even unveiled this year at the Geneva Motor Show. Deliveries are expected to start from 2014 onwards, and it will compete with McLaren P1 and Porsche 918.

Tags from the story
Supercar, Top-5