The partnership between Aston Martin and luxury Swiss watch manufacturer Girard-Perregaux that was announced in February earlier this year has finally spawned its collaborative timepiece. Feast your eyes on the Girard-Perregaux Tourbillon with Three Flying Bridges – Aston Martin Edition, a limited-edition timepiece that celebrates sculptural horology with its eye-catching design. As the name points out, the limited edition gets Girard-Perregaux’s three bridge movement construction that has been a brand’s signature for more than 160 years. In fact, Girard-Perregaux fans might find the overall design of the Aston Martin Edition quite familiar as it closely resembles the Neo Tourbillon With Three Bridges Skeleton. However, the luxury watchmaker has given this special edition enough unique design elements to set it apart from the rest. 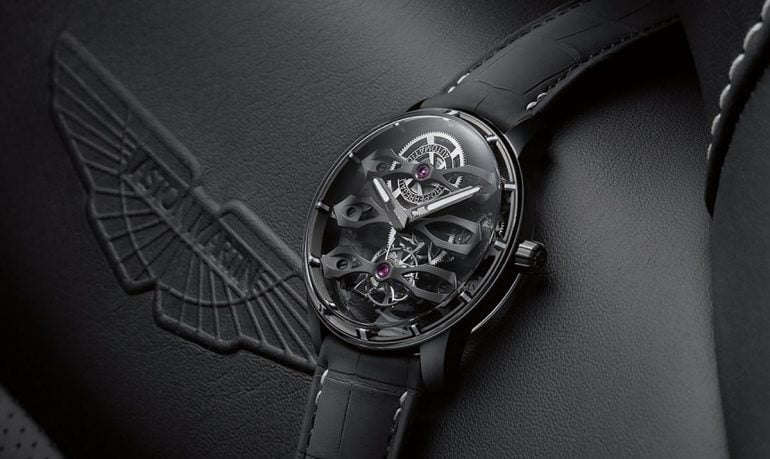 The 44m case of the Aston Martin Edition is crafted with Grade 5 titanium and is coated with black DLC to watch a discreet look. There’s a very thin bezel that is almost invisible thanks to the tall box sapphire crystal covering almost the entire front face of the watch and the unique hour indices that appear to hold the sapphire crystal in place. The caseback also gets a matching box sapphire crystal with serial numbers, and reference information etched onto the vertical outside edge. 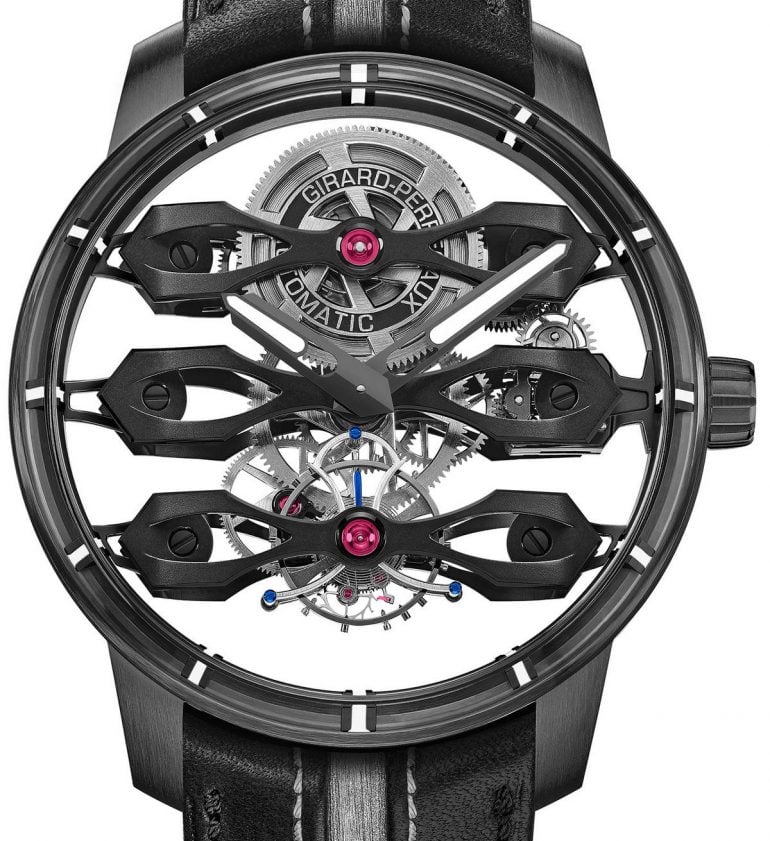 The signature three flying bridges layout of the watch creates an illusion of the skeleton movement to float in the air. The three bridges that form the backbone of the watch also get the modernist black PVD coating. Powering the watch is the in-house GP09400-1683 automatic tourbillon movement. The highlight of the movement is its ultra-lightweight tourbillon which helps the movement with its minimal weight in achieving a respectable power reserve of 60 hours at a 21,600 bph beat rate. The Aston Martin is etched into the vertical flank of the rotor and filled with lume. In addition to a traditional matte black alligator leather strap, the limited edition timepiece is also offered on a black calf leather strap with Girard-Perregaux’s proprietary Rubber Alloy – an innovative material made with rubber injected with white gold. The watchmaker says its design is intended to evoke the Aston Martin racecars of the past. Only 18 examples of the watch will be made, each priced at $146,000. 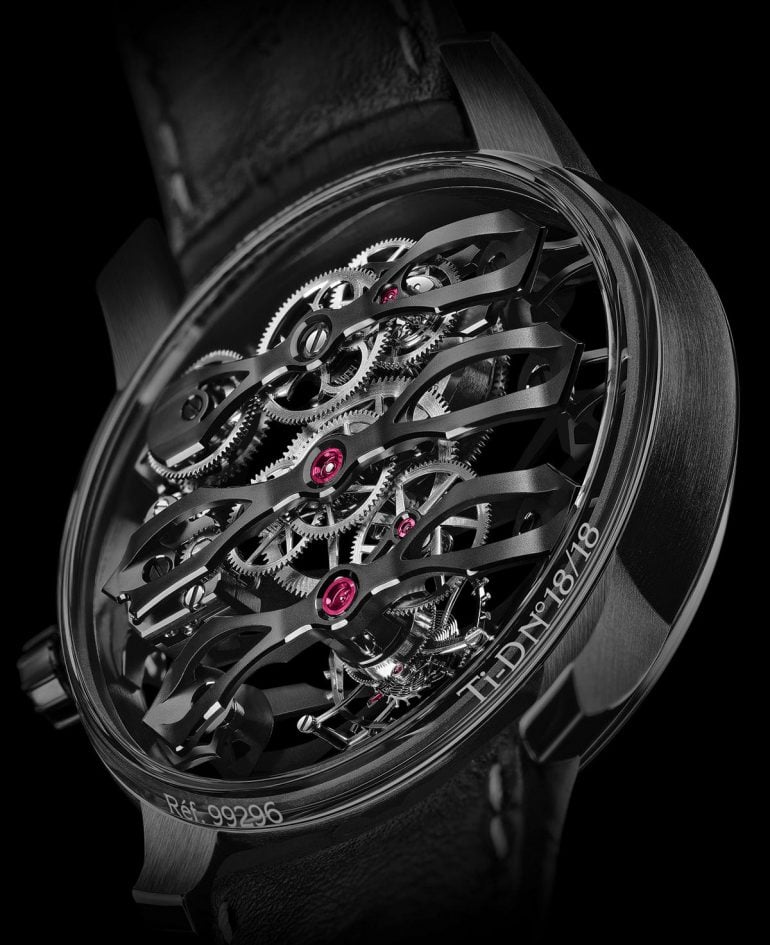 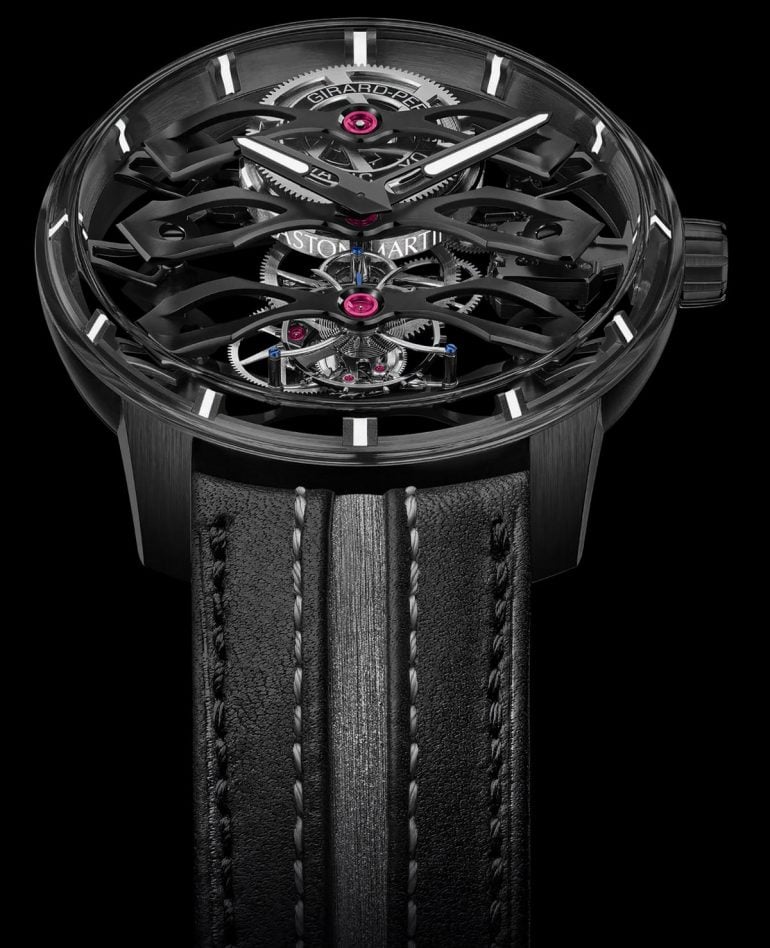 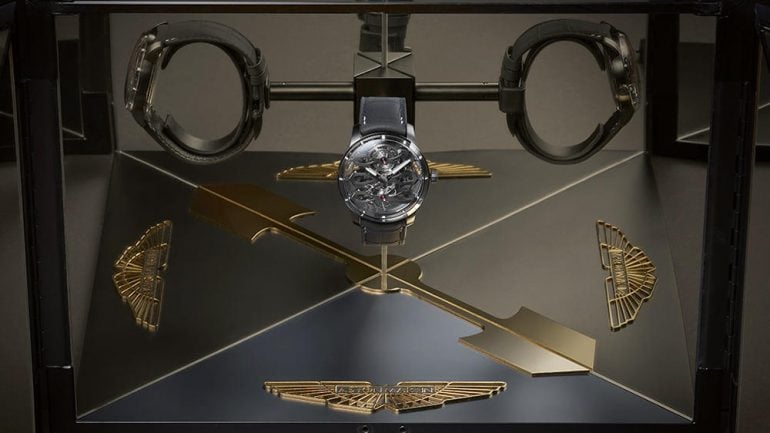 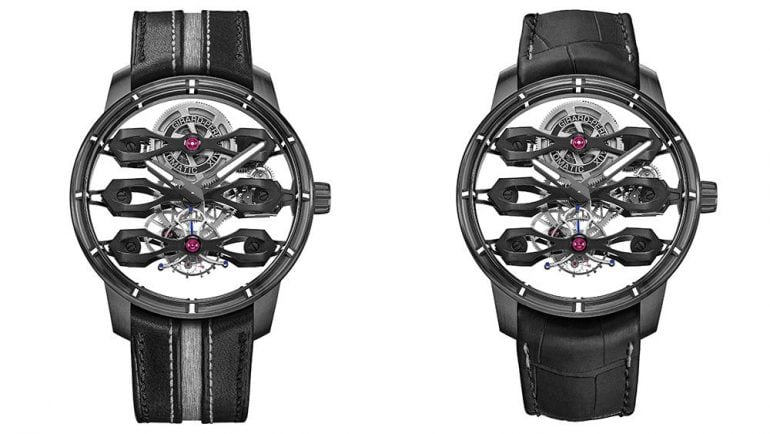